A man with no known past and no name has been dispatched to the deserts, ghost towns, and underbelly of drug-infested Mexico to uncover a secret that could forever change the scope and teachings of Christianity.

A DEA agent has written that he possesses the unmistakable and undeniable proof that Christ did indeed return to earth again and walk the land of the Aztecs almost fifteen hundred years after his crucifixion on the cross. But has the agent found a relic? An artifact? A long lost manuscript of the written Word? No one knows, and the agent dies before he can smuggle the secret out of an empty grave.

Ambrose Lincoln can’t dig past the charred fragments of his memory, but he must unravel the legend of Quetzalcoatl, the white-skinned, blue-eyed, god figure whose sixteenth century ministry, death, resurrection, and mystical promise to return someday to gather up his people closely parallels the Biblical story of the man called Christ. Is Quetzalcoatl merely a myth, or was he Christ himself?

Lincoln’s quest to find the answers, he becomes involved in a rogue CIA plot to invade Mexico and wage an unholy war on drugs, financed by operatives working for Hitler’s Germany. He finds himself pursued by the same mysterious assassin who struck down the DEA agent.

Does the artifact actually exist? Who possesses it now? Lincoln battles an unseen and unknown enemy in an effort to survive long enough to discover the truth. If he doesn’t, he knows that death awaits him on the desert sands of a land held sacred for centuries by the mysterious and holy ones.

This was a rather excellent surprise find for me. I had it on my kindle but couldn’t remember how it got there. Intrigued by the stylish cover and mysterious title I started to read and soon got myself dragged into the narrative. The writing is atmospheric and dry, to the point and very accomplished. I read the author has received several awards for it and I’m not surprised. Most compelling and well-done is the rivalry between some of the characters. With a hint of conspiracy lurking in the story behind the artefact the main suspense for me came from the personal. I could almost feel the anger and hate against the nemesis, enjoyed the action scenes and the suspense surrounding the mystery until the last page. Well maintained tension throughout make this a very readable and compelling read.
A great find.

Caleb Pirtle III began his career writing about history and travel. He learned quickly, however, that what happens is never as important as those who make it happen. Many of those people have made their way into his novels. 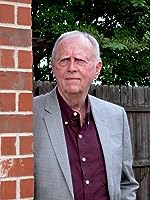 Pirtle is the author of more than 65 published books, including the new noir suspense thrillers, “Golgotha Connection,” “Secrets of the Dead,” “Conspiracy of Lies,” and “Night Side of Dark. His other novels, include “Deadline,” and “Little Lies.” He has written such award winners as “XIT: The American Cowboy,” “Callaway Gardens: the Unending Season,” “The Grandest Day,” “Echoes from Forgotten Streets,” and “Spirit of a Winner.” His nonfiction works include Gamble in the Devil’s Chalk and No Experience Required.
He earned a journalism degree from The University of Texas and became the first student at the university to win the national William Randolph Hearst Award for feature writing. As a reporter for the Fort Worth Star-Telegram, Pirtle received both the Texas Headliner’s and Associated Press Awards.He served as travel editor for Southern Living Magazine, and his travel writing was given the National Discover America Award three times. For more than two decades, Pirtle was editorial director for a custom publishing company in Dallas.
He has written three teleplays for network television, including “Gambler 5: Playing for Keeps,” a mini-series for CBS and “The Texas Rangers” for John Milius and TNT. Because of the success of the CBS mini-series, Pirtle was asked to write two novels, “Jokers Are Wild” and “Dead Man’s Hand” for Berkeley. His blogs appear regularly on http://venturegalleries.com.