This is the third in this series and although I’m neither keen on horror, nor on spiders, this series has got me hooked. Tegen’s are creatures with a mixture of human and spider DNA and they are immortal. Yet, they try to stay under the radar and have their own circles.
In book three, our heroine is being punished by means of being forced to work a dangerous case – see blurb below.

The author has created am original species and a unique world with its own rules and parameters. The heroine is vulnerable as well as tough, suspense and tension run steady throughout the book and I simply couldn’t stop reading, despite my dislike of spiders and horror. A very spell-binding read, just right for Halloween.

Who will be the next spider victim?

For over two years a treacherous Tegen has evaded capture by enforcers, executing anyone who crosses his path.

Newly requisitioned to assist a Tegen enforcer, Sara Jones is on a desperate hunt to stop the renegade who has no regard for human, or spider, life. To penetrate the religious compound he uses as his hideout, she must conceal her true identity. But finding the elusive Tegen is more difficult than she may have imagined, and the compound is far more dangerous than anyone could have known.

When a notorious crime boss shows up in town, Sara enlists his help, but he has his own agenda – one that may advance his criminal enterprise.

As mayhem erupts, she must outwit unsavory zealots and find the killer before her cover is blown. The clock is ticking. Can she bring the fugitive to justice before it’s too late?

This action-packed fantasy-thriller constantly leaves you on the edge of your seat.

Tegen Punishment is the third book in the Tegen series. After reading the Tegen definition at the beginning of the novel, it can easily be read as a standalone story. 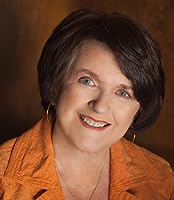 Inge-Lise Goss was born in Denmark, raised in Utah and graduated from the University of Utah, magna cum laude. She is a certified public accountant and worked in that field for over twenty years. Goss lives in the foothills of Red Rock Canyon with her husband and their dog, Bran. She spends most of her time in her den writing stories. There, with her muse by her side, her imagination has no boundaries, and her dreams come alive. When she’s not pounding away on the keyboard, she can be found reading, rowing, or trying to perfect her golf game, which she fears is a lost cause.