I had the good fortune to meet the author, former Mayor of Swansea and Welsh Assembly Member on a long trip from the South of England to West Wales where he pitched the book (un-written) to me.
Two weeks I received the book in the mail. 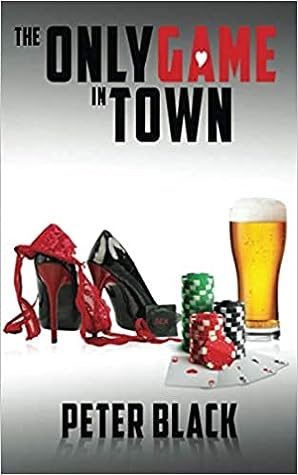 The blurb:
|The men who run Oldport are corrupt, arrogant and unchallenged.

What must happen to loosen their grip on the town?

Harry O’Leary has been leader of Oldport Council for nearly twenty years. Together with local nightclub owner and developer John Baker he has the whole town in his pocket, and both have profited handsomely from it.

Frank McColgan is a local institution. He is the transvestite landlord of the Prince Albert, a pub and brothel in the town’s harbour area, a meeting place for local movers and shakers and the favoured drinking hole for journalists at the Oldport Observer and their eccentric editor, Jerome Wilson.

When Billy Jones arrives looking for his journalist brother, he finds a berth at the Prince Albert, and together with barmaid Jeanie Carter becomes entangled in some of the town’s less-than-scrupulous affairs.

My review:
A group of extremely colourful characters populate this entertaining book of political intrigue, corruption and manipulation.
Young Billy arrives in Oldport from the country side, trying to make a living for himself at the local pub. He soon falls in with the right and wrong people and befriends some powerful and some not so powerful people; from property developers to bar maids and prostitutes.  This is as much his coming of age as the story of human weaknesses exploited and political agendas pushed in the council buildings as well as in brothels and pubs.

Anyone who has lived party or county politics will be able to relate to the patterns and stereotypes. For me this was a page turning entertaining and thoughtful novel. Black’s background in politics allows us some fascinating insights into the workings of the good and the bad and the very ugly processes.

He’s brought to live some very memorable and entertaining characters, throws in some love interests and a good mix of goodies and badies.
This is very insightful and enjoyable.

Peter Black is a graduate of Swansea University, a former member of the Welsh Assembly, Deputy Minister for Local Government in Wales from 2000 to 2003, and has been a Swansea Councillor since 1984. Awarded the CBE for service to public life, he is due to take up post in May 2019 as Lord Mayor of Swansea for the civic year 2019-20.
The Assassination of Morgan Sheckler is his first novel. He blogs regularly on political matters at http://www.peterblack.blogspot.com and writes the occasional article for the South Wales Evening Post. These can be read at http://www.peterblack.wales.
Peter can be found on Twitter @peterblackwales and on Facebook at peterblack.wales. He is also on Instagram, where you will be able to find many pictures of his cats.