I’m delighted to finally prewsent my own review of this marvellous book. I am a big fan of Paulette who has been on my blog plenty of times and yet, not often enough.

A different kind of Angel
by Paulette Mahurin
is particularly powerful as it is based on a true story. When a brave female journalist infiltrates a women’s asylum in 1887 she finds shocking malpractice and saves the lives of endless women who have been wrongfully institutionalized.
On the way Mahurin details the lives of several ‘inmates’, for many of whom the asylum was the culmination of already horrific lives. The main protagonist being a Jewish woman from Russia who was the sole survivor of her family of the Russian pogrom.
Told in dramatic voice and an affecting manner this is a gripping read that teaches much about history, humanity and the strength of the human spirit. Another incredible story from the pen of a sensitive and compassionate writer that will appeal to her growing fan base no doubt.

Inspired by real events chronicled by a journalist for The World News, Elizabeth Cochrane (pen name, Nellie Bly), in 1887.

Klara Gelfman’s life in Kiev was serene until she turned nineteen. That’s when Russia’s Tsar Alexander II was assassinated, and a vicious propaganda campaign spread that blamed the Jews for his death. Klara and her family became victims of the many pogroms breaking out throughout Russia. None were so violent as what hit Kiev in 1881. It was there that Klara’s family was torn asunder and her world changed forever.

This is the story of what happens to this traumatized, orphaned, young Jewish woman when she escapes Russia and crosses an ocean to arrive on the rough streets of New York City able to speak only a few words of English. There, in the land of the free, Klara’s life is thrown into turmoil when she is mistaken for a drunken prostitute. Mistreated by those entrusted to protect her—the police, a judge, doctors, and nurses—she is condemned to an unrelenting hellscape when she is incorrectly and involuntarily committed to a lunatic asylum.

At a time when women had no political, economic or professional rights, comes a story where corruption by the powerful was as overt and commonplace as was garbage on the New York City streets. From the award-winning, international best-selling author of The Seven Year Dress comes an unforgettable story of the devastating effects of persecution, hatred, and arrogance. A Different Kind of Angel is also a story of love, family, friendship, and loyalty. It is a journey into the nature and heart of the resilience of the human spirit that will leave readers thinking about the story long after they finish the book. 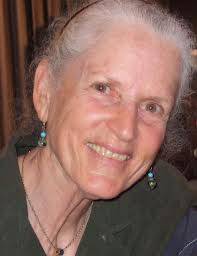 Paulette Mahurin is an international best selling literary fiction and historical fiction novelist. She lives with her husband Terry and two dogs, Max and Bella, in Ventura County, California. She grew up in West Los Angeles and attended UCLA, where she received a Master’s Degree in Science.

Her first novel, The Persecution of Mildred Dunlap, made it to Amazon bestseller lists and won awards, including best historical fiction 2012 in Turning the Pages Magazine. Her second novel, His Name Was Ben, originally written as an award winning short story while she was in college and later expanded into a novel, rose to bestseller lists its second week out. Her third novel, To Live Out Loud, won international critical acclaim and made it to multiple sites as favorite read book of 2015. Her fourth book, The Seven Year Dress, made it to the bestseller lists for literary fiction and historical fiction on Amazon U.S., Amazon U.K. and Amazon Australia. Her fifth book, The Day I Saw The Hummingbird, was released in 2017 to rave reviews.

Semi-retired, she continues to work part-time as a Nurse Practitioner in Ventura County. When she’s not writing, she does pro-bono consultation work with women with cancer, works in the Westminster Free Clinic as a volunteer provider, volunteers as a mediator in the Ventura County Courthouse for small claims cases, and involves herself, along with her husband, in dog rescue. Profits from her books go to help rescue dogs from kill shelters.

23 thoughts on ““A Different Kind of Angel” by Paulette Mahurin”