Today I’m delighted to welcome a dear friend of mine on my blog as part of a blog tour by Silver Dagger. M.C.V. Egan has written some fantastic books and has always excellent perspectives. Enjoy this guest post and check out her work and scroll down for a giveaway via the attached raffle copter.

© M.C.V. Egan
The Powder Keg of Europe is a newspaper clipping from a Foreign Office file I found at The National Archives, UK, located at Kew Gardens, Richmond. It is one of several clippings in file number N7735 110 dated December 30, 1932. The file has a bit of back and forth, some entries typed others handwritten, and clippings from various newspapers. It postulates that “Mr. Crossley was unduly influenced by German Propaganda and is inclined to exaggerate the difficulties and dangers of the present situation.”

Crossley’s argument was that as a backlash of Versailles’ treaty, Germany would indeed feel the need to go back to war. We all know what happened; Anthony Crossley was right. Seven years later, September 1, 1939, The German Army marched into Poland through that same corridor, and that was the spark that ignited the fire we have come to know as WWII.

An English MP wrote that article, Anthony Crossley, who died two weeks before Hitler invaded Poland on a British Airways LTD plane crash in Denmark. My grandfather died in the same plane crash, which is why I researched this MP. Neither lived to see the start of WWII.
In 1938 Anthony Crossly was one of the MPs known as the “Glamour Boys” who disagreed with Neville Chamberlain regarding The Munich Agreement. Ironically in 1938, that would make him one of the aggressive few who opposed the settlement reached by Germany, Great Britain, France, and Italy that permitted German annexation of the Sudetenland, in western Czechoslovakia. The famous tag line on September 30, 1938 Peace in Our Time.
In the 1930s, his voice was not heard. Can we compare the 1930s to today’s world? Are we as vulnerable or more vulnerable?
When wars Are Predicted, why can’t they be prevented? I have pondered on this, especially in this time of shelter in place during COVID 19, that we have time to watch a lot of movies and shows.
One film that impacted me is Official Secrets https://youtu.be/pP4zhzIyTUA . It is a 2019 British-American docudrama about a whistleblower; Katharine Gun, who leaked a memo that should have thwarted the United States’ efforts to influence diplomats from countries with the power to pass a second United Nations resolution on the invasion of Iraq.
It should have. It did not, and many have died and suffered. It makes me sad. Especially on days like today, when we realize that 81 years ago, World War II began. It was the deadliest military conflict in history. With an estimated total of 70–85 million people perished, about 3% of the 1940 world population (est. 2.3 billion). 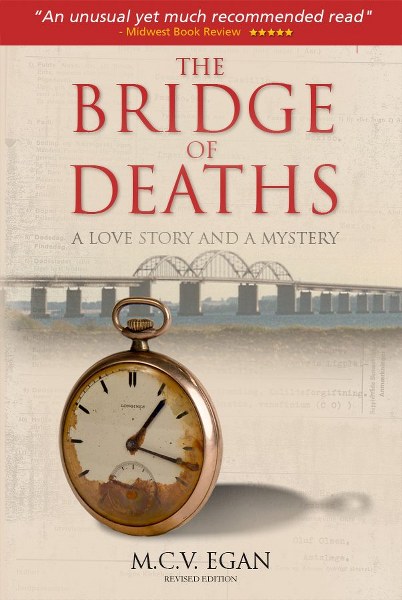 The Bridge of Deaths (Revised Edition)

On August 15th, 1939, an English passenger plane from British Airways Ltd. crashed in Danish waters between the towns of Nykøbing Falster and Vordingborg. There were five casualties reported and one survivor. Just two weeks before, Hitler invaded Poland. With the world at the brink of war, the manner in which this incident was investigated left much open to doubt. The jurisdiction battle between the two towns and the newly formed Danish secret police created an atmosphere of intrigue and distrust. The Bridge of Deaths is a love story and a mystery. Fictional characters travel through the world of past life regressions and information acquired from psychics as well as archives and historical sources to solve “one of those mysteries that never get solved.” Based on true events and real people, The Bridge of Deaths is the culmination of 18 years of sifting through conventional and unconventional sources in Denmark, England, Mexico and the United States. The story finds a way to help the reader feel that s/he is also sifting through data and forming their own conclusions. Cross The Bridge of Deaths into 1939, and dive into cold Danish waters to uncover the secrets of the G-AESY.
Add to Goodreads
Amazon * B&N * Google * Kobo
Book Trailer
https://youtu.be/tUdQ_AV0StA 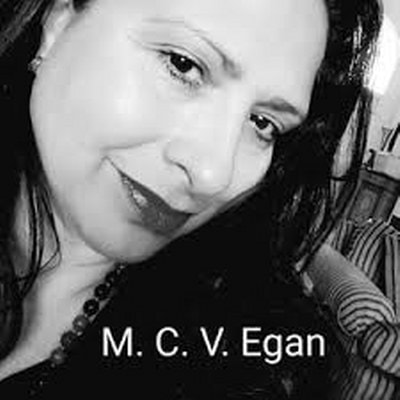 M.C.V. Egan is the pen name chosen by Maria Catalina Vergara Egan. Catalina is originally from Mexico City, Mexico. Catalina has lived in various countries and is fluent in four languages; Spanish, English, French and Swedish.
Her first book The Bridge of Deaths revolves around her maternal grandfather’s death in 1939. A true-life pre-WWII event. It has over 200 footnotes with the resources of her extensive search through Archival materials as well as the use of psychometry and past life regressions. It is more fact than fiction.
The revised edition of The Bridge of Deaths; A love Story and a Mystery focuses on the story-line as opposed to fact, but all footnotes and facts are available through the website for any curious minds. http://www.thebridgeofdeaths.com
Defined by Others taps into the dark quirky side found even in the best of people. With the 2012 American elections as a backdrop and the fearless reassurance that the world might end on December 12, 2012, as predicted by the Mayan Calendar.
Death of a Sculptor; in Hue, Shape, and Color is a novella written in sixteen different voices. It is a murder mystery. She is currently working on a sequel; Bruce (title subject to change).
M.C.V. Egan lives and works in South Florida. She loves cooking and crafting. She is married and has a son. Aside from writing Astrology is one of her passions and careers she pursues.
You can find M.C.V. Egan everywhere online
Website * Blog1 * Blog2 * Blog3 * Blog4 * Facebook * Twitter * Tumblr * Amazon * Goodreads

Death of a Sculptor in Hue, Shape and Color
by M.C.V. Egan
Genre: Suburban Women’s Fiction

Color coded love stories and revealing female anatomies lead to the murder of world renowned sculptor, Bruce Jones.
In life, the artist loved women, almost as much as women loved him. Adored for his art and colorful personality, Bruce is mourned by the world at large. The tale is launched with the multifaceted perspectives of four ex-wives, the current wife, and his new love interest and their children.
Mary , Bruce’s wealthy first love, is always in perfect pink; the color of love. Mother of Clair the famous actress and Aaron the corporate lawyer.
Leslie The Second’s color is yellow for her sunny nature as much as for her fears and insecurities. Her only son Bobby is vulnerable and lost. Mourning his father’s death, he finds himself.
Petra The Third, is outstanding in orange, representing not only her native Holland but also her love of the fruit. Cherished her freedom and had no children of her own.
Toni The Fourth is a vibrant passionate Italian red and part of the eventual glue that creates and solidifies this dysfunctional Jones family. Her teenage daughters Tina and Isa are as different as night and day.
Brooke The Fifth a gold-digger. Green, her color, reflects the color of money and envy. Her young son’s Kyle and Caleb are too young to understand why their world has been turned upside-down.
Mara, as blue as the ocean was the last woman to steal Bruce’s heart. Mother to newborn Baby Peter is the unexpected gift and surprise.
Bruce Jones’ eight children speak out, too. They are as distinctive as the women he loved, their mothers.
Loose ends are tied up by the insights of Sylvia, Aaron’s wife and a trusted keeper of secrets; Scott, the private investigator and family friend; Nona, the quintessential grandmother everyone loves but to whom few are truly related; and Detective Jim Miller who will not rest until he discovers Bruce Jones’ murderer.
Add to Goodreads
Amazon * B&N 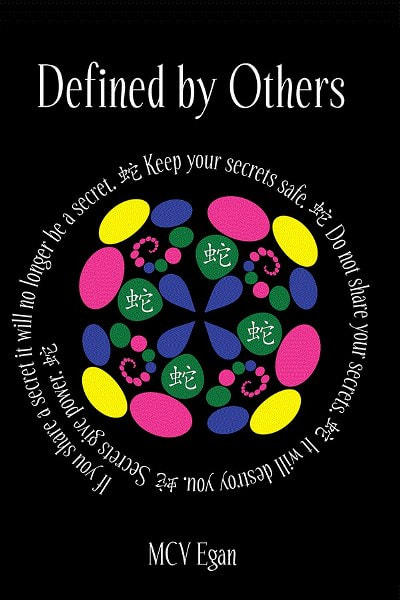 A word, a single word defines a moment for Anne. She needs to find a new one when her spouse, Frank, leaves her at the age of forty-seven, coming out of the closet literally in a closet.
She finds herself back in her hometown of Skvallerby, Connecticut among her high school friends which she had left in her past.
An inheritance from a frenemy leaves her with the means to meddle and spy on the lives of mutual acquaintances.
In an attempt to run from her reality Anne becomes engrossed in a game of fun and flirtation with her friend and fellow sufferer Connie.
Their fun games turn into a deadly reality. It is no longer a game. Life, death and not even a defining word can stop the reality of manipulation.
Add to Goodreads
Amazon * B&N
Book Trailer
https://youtu.be/0YCothOvgP4