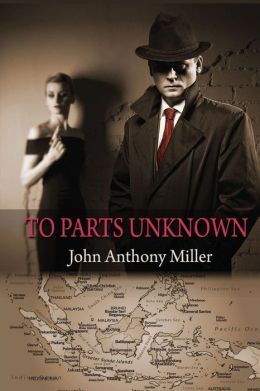 A historical novel about a trio thrown together by chance dutring the Japanese invasion of Singapore 1942. Recently bereaved Times journalist George, an incognito aristocrat from India and a third man are investigating the whereabouts of army commander Patel in the heated days of the imminent attack on Singapore.

Later their journey takes them to various other loactions in Asia.
The story line provides an excellent canvass to paint an accurate and spell binding picture of the place and location during WW2, describing the heart breaking choices and chances people had to take.

The characters have plenty of back story and are intriguing with their inner emotions and conflicts, from coming through grief to overcoming heartache, living with the unknown, risking it all and much more – this is a rich tapestry, driven by suspense, action and often understated humour.

I thoroughly enjoyed this adventure and learned a lot on the way.
Highly recommended for fans of WW2 fiction and those interested in the Asian theatres of war.

Official plot: London, January 1942. London Times war correspondent, George Adams, is a tortured soul, devastated by his wife’s death and rejected by all branches of the military. Destroyed by events he couldn’t control, he can’t face the future and won’t forget the past. His editor sends him to Singapore, a city threatened by the Japanese, hoping the exotic location and impending crisis will erase his haunting memories. Within minutes of his arrival, George is caught in a near-fatal air raid that triggers a chain of conflict and catastrophes. Injured and sheltered underground, he meets Thomas Montclair, a crafty French spy, and Lady Jane Carrington Smythe, an English aristocrat, who are destined to share his adventures. When a Japanese general is murdered, Lady Jane becomes the prime suspect. The trio flees the enemy and their own troubled pasts, confronting personal demons as well as the Japanese. They chase their dreams and elude their nightmares, evading a manhunt that spans the islands of the southwest Pacific, their lives wrapped in a swirling kaleidoscope of death, doubt, and desire.

John Anthony Miller
John Anthony Miller was born in Philadelphia, Pennsylvania to a father of English ancestry and a second-generation Italian mother. Motivated by a life-long love of travel and history, he normally sets his novels in exotic locations during eras of global conflict. Characters must cope and combat, overcoming their own weaknesses as well as the external influences spawned by tumultuous times. He’s the author of the historical thrillers, To Parts Unknown, In Satan’s Shadow, When Darkness Comes, All the King’s Soldiers, and For Those Who Dare, as well as the historical mystery, Honour the Dead. His latest novel, Sinner, Saint or Serpent, is a jazz age murder mystery set in New Orleans. He lives in southern New Jersey with his family.

4 thoughts on “Review: “To Parts Unknown” by John Anthony Miller”