Today I review a book I’ve been reading in my local book club. 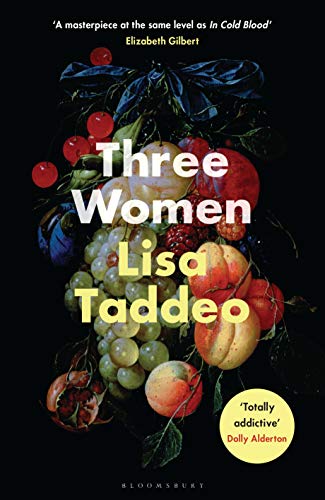 All Lina wanted was to be desired. How did she end up in a marriage with two children and a husband who wouldn’t touch her?

All Maggie wanted was to be understood. How did she end up in a relationship with her teacher and then in court, a hated pariah in her small town?

All Sloane wanted was to be admired. How did she end up a sexual object of men, including her husband, who liked to watch her have sex with other men and women?

My review:
At first this was a hugely eye-opening, addictive read that offered painfully blunt and honest insights into the mind of three women whose sex life is quite different from the norm. The book is utterly fascinating and despite some very explicit language and disturbing scenes almost un-put-down-able.
However, as the stories progressed I felt that it became repetitive and borderline gratuitous in the portrayal of these women in a way that they just confirmed the depth of the women’s obsession with looks, men, sex and eating. Many descriptions of sexual encounters were unnecessarily lengthy, time I feel could have been invested in a development of the characters and maybe showing them a way out of their demises.
The psychological insights, the thought patterns and connections with early child hood experiences to what might be called abnormal sexual behaviour were brilliant and addictive but after I finished the book I felt sad and wasn’t sure the author did more than spy on and use these women rather than help and encourage them.

Do I agree with them being victims (of mostly men)?
To some extent yes, their lives were shaped by others, often at an age of innocence. But does that free them of accountability? I’m not so sure.

Do I know more about how to help these women, should I meet similar types in my life?
Unfortunately I’m not so sure about that either.

Would I recommend this book?
Yes and no. It’s powerful, informative and well written but many readers may be put off by the explicit sex and the raw and often uncomfortable scenes.

The book certainly provokes dialogue and raises awareness but there were opportunities lost for me. I may be wrong about this but there remains a sense of exploitation that I cannot shake off.