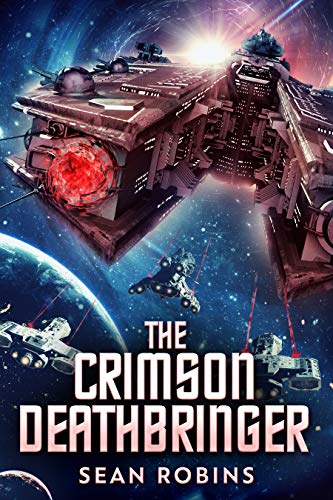 “I rarely dive into science fiction but I saw the author’s quirky tweets and checked out his biography and had a hunch this might be good.
But I must say I am still surprised how much I enjoyed this book. While I’m not an Avenger’s fan, I did watch a lot of the old classics and love Star Trek and Star Wars.

Robins puts a lot of in-jokes and humour into his writing, which makes it likeable even for lesser fans of the genre. The plot revolves around two species of Aliens taking an interest in Earth, which itself is going through a lot of power struggles, a dictator and a resistance group. Again, I was pleasantly surprised at the author’s originality in creating a world only 30 odd years from today, with clear references to current nations and yet not falling into cliquee or predictability.

The characters are a bunch of heroes and anti-heroes, often foul-mouthed and outspoken. The novel is funny, imaginative and has a lot of dramatic tension to make for some compelling reading. I devoured it almost in one sitting and prayed I’d be able to finish it and find out how it would end before I had to do something else.

This was very enjoyable and something I’m sure many people will have great fun reading.
Check it out.”

Get the book on

The Akakies, a peaceful, technologically advanced alien species known as “the galaxy’s pranksters,” are under attack by the Xortaags, a vicious military race bent on conquering the universe. The Xortaags are deadly, but Tarq, the Akakies’ chief strategist and legendary shadow master, has a plan.

Meanwhile on Earth, Jim, a wise-cracking, movie-quoting, OCD-suffering fighter pilot, is about to propose to his girlfriend Liz when his childhood friend Kurt shows up at his house, injured and covered in blood. Kurt is a freedom fighter/super- assassin hunted by a brutal military dictatorship’s security forces.  Soon after, Jim, Liz and Kurt’s lives are set to crash with a galactic war that threatens the very existence of the human race.

Can our heroes save humanity from the wrath of an overwhelming enemy?

The Crimson Deathbringer seamlessly blends breathtaking action sequences with mischievous humor. If you are a science fiction/space opera fan, this book, with its memorable characters, formidable antagonist and Game of Thrones style shocking moments, is written especially for you.

Praise for The Crimson Deathbringer:
The Crimson Deathbringer is a mix of funny and clever dialogues, action and adventure, with scenes that made me chuckle, bite my nails, and shed a tear or two. All while it kept me at the edge of my seat, trying to guess what would happen next. And no, most times I guessed wrong.
Jina Bazzar, author of Heir of Ashes

Well, not really, but this should tell you all you need to know about me and my writing style.

I’m a huge Marvel (plus Game of Thrones, Star Trek AND Star Wars) fan, which shows since my novel is loaded with pop culture references. If you are a sci-fi fan (I assume that you are, otherwise what are you doing here?) you will enjoy them tremendously. I even went full Deadpool in my first draft and broke the fourth wall multiple times, until my editor told it was distracting and kept taking her out of the moment. Shame. Those fourth-wall breaks were hilarious. Still, I can guarantee a few laugh-out-loud moments. Case in point: The “good” aliens in my novel are a race of pranksters, whose main goal in life is pulling other people’s legs (They have four legs, hence the slight change in the idiom). My favorite author is Jim Butcher (The Dresden Files), which is probably how I ended up writing in a first-person POV with the same light-hearted, funny tone as he does. The fact that my MC’s name is Jim is purely coincidental though.

I am a university/college level English teacher, and including Canada, I have lived and worked in five different countries. I have met people from all around the world. Plus, my parents are from a different background, and so is my wife. As a result, diversity has become a major theme in my novel. My characters look like the bridge crew from Star Trek. One of my female characters even impersonated Uhura once, albeit posthumously.

I hope you enjoy reading The Crimson Deathbringer as much as I enjoyed writing it.