Sometimes I must remind myself that I started the blog for my own writing, and while I love to be part of the community and share this platform, once in a while I find some rewarding feedback and feel the urge to share my joy (aka brag about it) 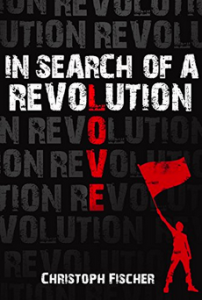 A seamless blending of fact and fiction

My introduction to Christoph Fischer was through his ‘Three Nations Trilogy’, excellent novels focusing on events in Central European History. I enjoyed all three books very much.
‘In Search of a Revolution’ is another solid piece of well-researched literary fiction, and deals with a slice of Finnish history which will be unfamiliar to most readers. At the macro level, we have Finland’s politics and internal conflicts, major world events, and the ever-present Russian Bear just over the border (and, for some of the time, inside it); while at the micro level there are very human and personal choices to be made, moral dilemmas to be resolved, and a number of relationships to be worked through. The macro and the micro are carefully blended – fact and fiction overlapping seamlessly – with ‘real’ events often driving the fictional ones. Fischer’s narrative spans almost three decades, and the cast of supporting characters is large.
If you are already a fan of Christoph Fischer, but haven’t yet read this, you should. If you have not yet dipped your toe into Fischer’s writings, this is a good place to start.
VINE VOICE
5.0 out of 5 starsA compelling historical saga.
This novel is set in a familiar time period, but in locations unfamiliar to many, and rarely featured in literature. Two friends in Denmark are inseparable, despite holding completely opposite political views. Close to the end of WW1, one of them decides to leave the country, and he volunteers to fight for the Reds, in the Finnish Civil War of 1918. Whilst there, he meets a nurse, and forms a relationship with her.
Meanwhile, his friend back in Denmark is espousing the views of the other side in politics, the burgeoning far-right. He is forced to leave Denmark, and flees to join his friend in Finland, with his arrival turning the relationship into an unusual love triangle.
This story has huge scope, reminiscent (to me at least) of novels like ‘Doctor Zhivago’, ad the ‘Don’ books of Sholokhov. We follow the characters from 1918, right through to 1948, during the time of The Winter War between Finland and the USSR, into WW2, and collaboration with Nazi Germany. Historical detail is first-rate, and the changes in the main characters are well-described too. It’s all there for us. The social structure of Finland and Denmark, the turbulent politics of that thirty-year period, and the short but intense military actions experienced during three periods of conflict. And importantly, characters that I cared about and wanted to follow.
I am looking forward to reading many more of Fischer’s books.

IN SEARCH OF A REVOLUTION
Voted #Top50 Indie Book Worth Reading

In 1918 young Zacharias Nielsen boards a ship in Copenhagen to join the Red Guards in the Finnish Civil War. Encouraged by an idolised teacher with communist leanings, he follows the call for help from his Nordic Comrades, despite his privileged background.
His best friend, Ansgar, has opposing political ideals to Zacharias but, for his own personal reasons, finds himself soon stuck in the Scandinavian North with Zacharias and Raisa, a Finnish nurse who helps them in their new life.
Through the years that follow the brotherly war the trio see the political landscape in Finland and Europe change as Communists and Fascists try to make their mark and attempt to change the world order.
Our heroes must find their own personal and ideological place in these turbulent times as friendship, honour, idealism and love triangles bring out some personal truths.
The book spans almost thirty years of history and the various Finnish conflicts: Civil War, Winter War, Continuation War and the Lapland War. Watch the political and personal self discovery of characters in search of their own revolution.

“Christoph Fischer is a skilled and accomplished story teller. He maintains a cracking pace. He has clearly researched his subject matter well. It is admirable how Fischer gets to grips with a complex set of political intrigues but yet keeps it simple and never descends into turgidity.

As a Finn myself with a keen interest in history, I waited for the author to trip up on fact. However, he never did. This is a feat, as many books have strange ideas about Finland.

My interest was driven by the Finnish Civil War of circa 1917. I was impressed the novel also covers the Winter War, the Continuation War and touches on the interests of Denmark and Estonia viz a vis Stalinist Russia and Nazi Germany.

The political intrigues and the characters different ideological viewpoints are well-handled.

Fischer does an excellent job in distilling the macro into the micro. This talent could be compared to Kazuo Ishiguro’s gift of “writing in the miniature”. 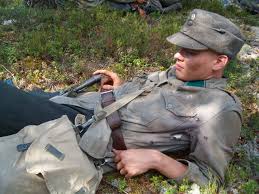 I am not a great fan of “love interest” situations and the character Raisa almost fell into the danger of being somewhat two-dimensional, slightly redeemed as the book went on.

The relationship between main protagonists Zacharias and Ansgar is portrayed beautifully. Ansgar’s tale is a particular horror story all the more for it being one true of Nazi occupied Denmark and its collaborators.

The depiction of the ideologist Holgar Beck is also poignant.

Occasionally, some of your visitors may see an advertisement

10 thoughts on “Recent reviews for IN SEARCH OF A REVOLUTION”