This is a rather thoughtful and entertaining travel diary with the common thread of football in the stories. The author, a fellow Welsh man, is a clear fanatic of the sport (soccer) and finds a football player, a football conversation or a game (either as viewer or player) almost everywhere in the world.

From North Korea to Brazil and Europe you’ll find him in a wide range of situations, from scary to funny, and you’ll read amazing reflections on sport, his family and the countries he has visited. From border patrol in Azerbijan, rigid tour guides in North Korea and encounters in Palestine – there is a lot non-football topics covered.
I listened to the author at a literature festival in Wales and was impressed with his ideas and views and had to get the book.
Time passed very fast while reading this book. I feel I learned about the countries and cultures visited and I hugely enjoyed the humorous parts, too. Beautiful writing and a narrative voice you’ll love following. 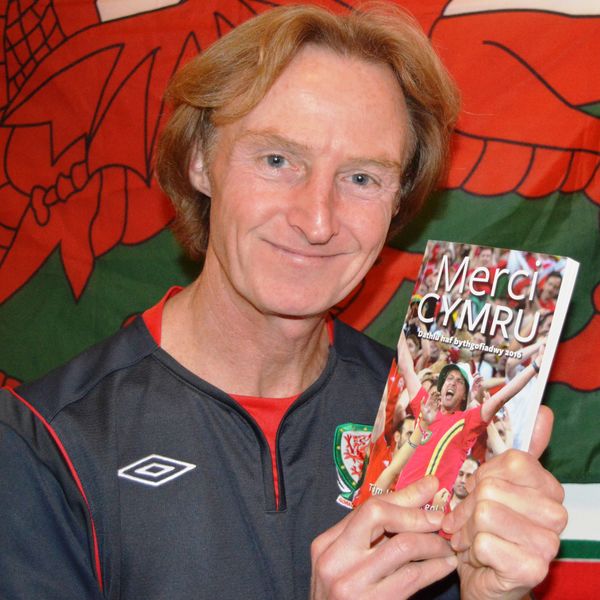 Tim Hartley thinks his next best experience is around the corner, so he just keeps on travelling. He was a journalist with the BBC and a civil servant. He has also worked as a consultant in Europe, Central Asia and Africa. Hartley has an unhealthy interest in post-communist regimes and football. He has written about his obsession for the BBC’s From our Own Correspondent programme and for a number of newspapers and magazines. Hartley lives in Cardiff with his son Chester, who shares his interests, and his wife Helen, who humours the both. His mother-in-law in Port Talbot once said to him, “How many trips of a lifetime can you have, boy?”

4 thoughts on “Welsh Wednesdays Review: “Kicking off in North Korea: Football and Friendship in Foreign Lands” by Tim Hartley”