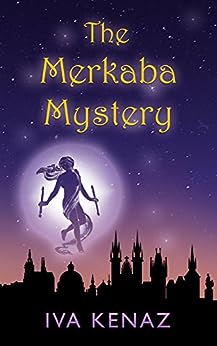 “The Merkaba Mystery” pressed all of my buttons from the start. Its setting in Prague of 1896 was alluring to me as the chapter headings with tarot cards of the major arcana. I’ve read a bit about the Kabbala and Tarot and found the author managed to incorporate the symbolism and foundations of the teachings perfectly into a gripping and fascinating narrative.
In “The Fool” an amnesiac woman tries to make sense of her surroundings and start from scratch. As the chapters follow the progress of the Major Arcana, our heroine slowly ascends, too, catching first glimpses or visions of her past. Whether you see this as mystical or fantasy fare, the novel is a truly well-composed and rounded tale that is clever, entertaining and a pleasure to read.

In the year 1896, a young woman finds herself standing in the river, not remembering where she came from or who she is. The only link to her past is a bag containing a few symbolic objects, including the Tarot cards.
Followed by a cloaked figure, she ends up in Prague’s Jewish Town, which she recognises as an alternate version of her home. With the help of her newly found friends and occasional flashbacks, she begins to unravel her past connection to esotery, magic and places that initially seem unreal.
One day, she meets a young man whom she recognises as her best friend. Through their mutual memories, she discovers that her origins are stranger than she thought, and that one of the first words she recalled, Merkaba, is the true key to her past and future.

Set in an ancient European city with a distinct esoteric history, Prague, and inspired by the author’s curious dreams and visions. It explores the secrets of interdimensional travel, the Tarot, and the Merkaba. Each chapter is symbolically and archetypically aligned with one of the Major Arcana trumps. 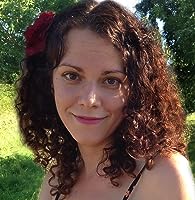 Iva Kenaz was born in 1984 in Prague, Bohemia. Writing has been her passion since childhood, and her novels are significantly influenced by spirituality and metaphysics. She studied Screenwriting at the Film Academy in Prague and holds an M.A in Creative Writing. She’s also a screenwriter, translator, and practitioner of tarot, runes, and astrology. She lives in the Bohemian countryside with her partner and dogs. For more information please visit her website: http://www.ivakenaz.com