20 Things I’ve Learned from My Patients. A Psychiatrist’s Pearls of Wisdom to Help You Thrive 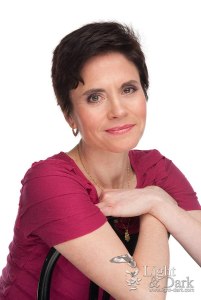 The description is, of course, bilingual as well:

Over the years that I have worked as a psychiatrist, writer, and blogger, I’ve collected common-sense advice and thoughts that I have passed on and shared with many (patients, friends, and readers). As people don’t have much time to read and enjoy images and quotes, I decided to publish twenty of the things I have learned over the years, illustrating each one of them with a picture and a quote. And as I know many people who want to improve their Spanish but don’t dare to take on a long book, I decided to publish it as a bilingual edition, English-Spanish. I don’t claim to have found the meaning of life, but I hope you enjoy this little book.

Here my dedication, so you understand what the subtitle refers to.

To my friend Iman, who is great at delivering accurate insights in a few words, and to Rose Upton, Sister at the A&E Department at Eastbourne DGH when I started training in Psychiatry. Her disparaging comments about her nurses’ pearls of wisdom, which Iman feedback to me at the time, have remained with me to this day. I suspect mine wouldn’t deserve a kinder opinion from her either.

And a couple of the images I’ve used (all royalty free from Unsplash, including the one I’ve used for the cover):

It is really short and, well, if you’ve read the description you know everything you need to know.

If you fancy a copy, let me know. They looked OK when I checked but images can be tricky (I’ll talk about that at some point).

It will become available in many other places, but so far you can find it here:

Those of you who follow my blog will know that this has been a bit of weird year, with new things (becoming an instructor at the University of the People), other things ending (volunteering at Penistone FM), pet sitting, weddings, and plans to move back to Spain. I’ve also been translating and proofreading translations of books and I’ve written a book that I’m not sure will see the light (at least not in its current form).

After writing that book I felt at a bit of an impasse and I’ve worked on other projects but I’m not sure which one I want to work on next (perhaps there are too many things going on). In the meantime, I’ve also been looking at some of the things I had written but not published. And after rereading a short file with some common sense advice, I wondered if it might make a tiny little book, with some quotes and pictures. And then, thinking about how many people I know who want to practice their Spanish (or their English), I thought I would try a bilingual edition. (Teaching English composition at the University of the People has made me think about language proficiency).

So here is my little book…