via Why I Wrote “Sebastian” by Christoph Fischer

Here is an old blog post about my second book, SEBASTIAN, a few thoughts about what motivated me to write it and answers to Some questions I have been asked about the book.

“Sebastian” is the second book in my Three Nations Trilogy, a series on war torn Central Europe that focuses on how lives could be changed by politics and cultural and ethnic developments.
“The Luck of the Weissensteiners” was about a group of Jewish and Catholic people in Slovakia during WWII, “Sebastian” is about a family in Vienna around WWI. The stories are using similar themes but are not connected directly.
Sebastian is based on an idea I have always had of my grandfather when I was young. I unfortunately never met him because my grandfather had divorced my grandmother and lived with his new family on the other side of the Berlin Wall. None of us ever met them until the late Eighties, by which time my grandfather sadly had already passed on.
Like Sebastian in my book he lost his leg due to an accident, which is at the heart of “Sebastian”, a young man who has to come to terms with this loss, his responsibilities and the life in a time where great political and personal changes bring in a new era.
I already wrote about World War II in “The Luck of the Weissensteiners” and so I transferred the story to a different era. I had read and heard so much about that time and Vienna that it seemed the logical setting, particularly since it was described as a perfect place for Jews at the time, something that so often is referred to in literature that talks about the horrors that followed. 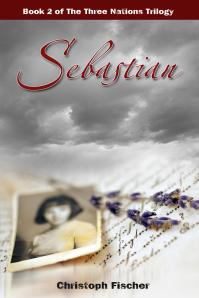 Sebastian is an interesting character. How did you come up with the idea of him?

As a gay man I was always fascinated and frightened by the ideals of ‘real’ men, strength and masculinity as their main attributes and the requirement to finding love. How could a man like my Sebastian find love? A friend of my father had a wooden leg and I was scared stiff of it when I was younger. Much later did I learn about my grandfather’s wooden leg. I was astonished to hear that my grandfather had divorced my grandmother and had easily re-married.
Unfortunately I was able to learned only a little about my grandfather and his life from my aunt. Much of the details she gave me about his life and his rather philosophical and wonderful outlook on life have found their way into the actual grandfather figure in my book, Oscar, who becomes Sebastian’s best friend in my story and who helps him to find the right attitude.

Did you have difficulties to decide as how to portray a disabled boy?

Myself, I was not the strongest and sportiest of children and that probably leaked into Sebastian’s character as well. Expectations of what a man is supposed to be like and so on, all that feeds into his own journey of finding self-worth and confidence, something most of my characters in Sebastian have to struggle with, not just Sebastian. I did not mean to picture him as a victim; In those days as much as today many genuinely disadvantaged people try extra hard to compensate instead of looking after themselves properly. I wanted to show how strong and determined these people can be, that is why in his family almost everyone has an ailment of sorts, leaving him the strongest of the weak bunch.

What is your message with this book?

That is difficult to pinpoint, but I will try a few central themes:
Always be the best that you can.
Never settle for being second best.
Love and be loved for the right reasons.

Why did you set the second part of your Trilogy back in time to Vienna?

It has often been said that Vienna before the war was a golden era, for Jews and for Austrians. Especially during my research for “The Luck of the Weissensteiners” I came across many such statements and I wanted to clarify that myself, so I read a lot about it.

The other reason was that the themes in the first book are often seen as a consequence of the times during which Sebastian is set. I realised how much I still had to learn about the times and delved into research. Since I had mentioned the consequences of the Habsburg Monarchy and the end of World War I already in “The Luck of the Weissensteiners” I did not need to repeat myself and go into the political aftermath but could stay focused on how society and life in general was changing in Vienna, which enabled me to make Sebastian the second instalment.
Knowing what would become of Austria a mere 20 years later made me feel for my characters, who at that stage did not know anything about their future or the future of their newly formed country.

Now we are at the concept of Nations, the title of your trilogy. Can you tell us about the idea behind that trilogy?

In “The Luck of the Weissensteiners” I am doing a close up of one particularly affected country, Czechoslovakia and splitting from it, Slovakia. Even in that small new nation there are various ethnic groups, hinting at the difficulty to choose and defining a valid border with the many historic changes that have affected Central Europe over the decades and centuries even. The National Idea, taken to the extreme by Hitler, can destroy everything and everyone to the point that we see how ridiculous and meaningless such concepts can become in the face of human suffering.
In Sebastian I am going back a step to a time when forcefully Nations were glued together with politics and force, despite their natural force to drift apart. The fall of Habsburg to me is a symbol for the infeasibility of forcing nations against their will and that the movement was born from a legitimate human desire for self-rule.
In both books the political changes affect the people and in both books the characters overcome the barriers in their own ways and form their own leagues and bonds.

Why is this so fascinating to you?

I don’t think I am Nationalist of any kind but I am probably a little sensitised to the issue.
I was raised in Bavaria but thanks to my father I had a different accent than the local Bavarian. I was singled out for it and queried about my origins almost on a daily basis because I did not fit in linguistically. Refugees from the Sudetenland were occasionally called foreigners and I learned soon what it felt like to be different even when you did not receive discriminatory behaviour.
I was ready to leave for Hamburg, the North where they spoke ‘proper’ German, but to them I was clearly from the South and I wasn’t quite home there either.Now I live in the UK as a German, half my life spent as a different type of alien.
I have always been confronted with stereotypes and the concept of being different, based on place of birth and language and have examined why neither place or Nation has managed to make me feel part of it.

Here are some quotes from the six 5 STAR Reviews so far:

a marvellous and well-crafted story about the trials and tribulations of one family, about loyalty, about human failings, and the inner strength it takes to get through difficult times.

won’t be easily or readily forgotten

pulls the reader in, pulls at our heart strings, and keeps us glued to the page 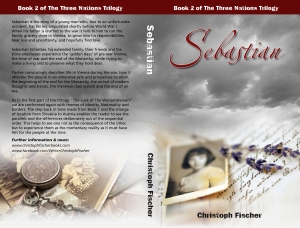 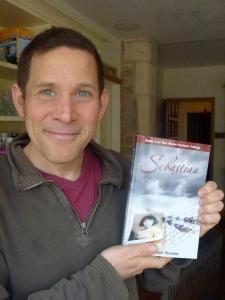 11 thoughts on “Historical Saturdays Reblog: Why I Wrote “Sebastian””