Between April 27 and 30 Llandeilo will host over 50 literary events, reason enough to take advantage of the bank holiday weekend and make a trip to beautiful Carmarthen.
If you’re a history fan the Llandeilo Lit Fest has a huge amount to offer:

Prof. Densil Morgan and Elinor Jones explore the work and life of the world’s most prolific hymn writer and Llandovery’s most famous son,  in the year of his 300th anniversary: William Williams Pantycelyn 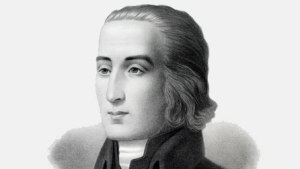 David Ebsworth’s latest political thriller, Until The Curtain Falls, is set in the final months of the Spanish Civil War. He will talk about Welsh involvement in the war, its influence on literature and some of its stranger than fiction facts.

A talk by author Graham Watkins. Graham has written Welsh Legends and Myths and five volumes of Walking with Welsh Legends. 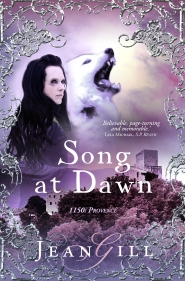 Jean Gill talks about the warrior princess Gwenllian and her son, the Lord Rhys of Deheubarth, the Welsh background to the latest book in her Troubador series, Song Hereafter.

£5,90 Historical Fiction set in Wales Jean Gill: Figures in a 12th century Landscape: The Warrior Princess Gwenllian and her son, Rhys, Lord of Deheubarth –  Sunday April 30th at 12 noon at the Angel Inn

World War Two veteran DT Davies discusses his autobiographies with journalist and co-author, Ioan Wyn Evans. A vivid portrayal of his time in the Army, the battle for Crete, multiple escape from POW camps and fighting with the Yugoslavian partisans.
WELSH- There will be simultaenous translation facilities available for this session for non- Welshspeakers, please notify if headset required when booking tickets “Murder at the Star”, a book which examines an unresolved murder in Garnant, a Welsh mining village near Ammanford, Carmarthenshire.
Steve Adams, local journalist and Seren author, will be talking murder, coal and missing fingers.

Authors Phil Carradice and Judith Barrow discuss their works set during the war that still has a powerful grip on our imaginations. Phil has written fiction and non-fiction books on the subject matter and Judith’s Pattern of Shadows, the first part of a trilogy, is set in the war in a Lancashire town with a POW camp.

£5,90 The Influence of World War II on Literary Inspiration.
Sunday April 30th at 3pm at the Horeb Chapel, Cawdor Hotel 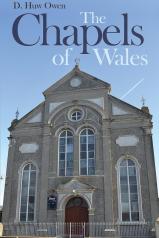 Illustrated talk, by Dr D Huw Owen about the chapels of Wales.
WELSH – There will be simultaenous translation facilities available for this session for non- Welshspeakers, please notify if headset required when booking tickets.

£5,90 Is Romance Dead? Tursday April 27th 7pm at the Angel Inn
With Brenda Squires and Kate Glanville, local authors of romances that also contain strong historical and thriller elements. They discuss the subject and read from their latest books.

And there are a lot of historical novels and books on offer at the Book Fair in the Civic Hall: 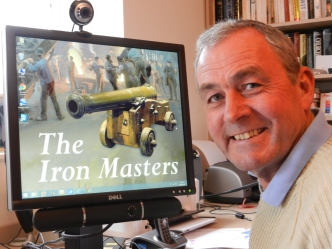 11 thoughts on “Saturday Historical Blog Post: So much history at the #LlandeiloLitFest”