Welcome back everyone.  I want to thank all of you for your support in the “launch” of the novella version of The Three Things Serial Story.

I realize I should have preceded the launch of this novella with a cover reveal.  Then I should have done several posts to build anticipation about the upcoming release.  And then a pre launch announcement, and then a launch party.   And then a post announcing the launch of the paperback.  And another announcing the e-book.  And then… Well, I simply don’t have time for that kind of marketing.  This blog is as much marketing as I’m able to do.  So thanks all that much more for visiting!

This novella is always 99 cents (USA) for the e-book.

Without further ado, here are the winners of last week’s giveaway.

(I would like to elaborate, but Amazon didn’t provide details.)

So that everyone could have a chance, no matter your location, I also did a random drawing from comments.  I numbered the comments and then used an online random number generator to objectively pick the winner.  The paperback goes to Olga Núñez Miret.  Be sure to visit her blog and take a look at all her fantastic books.

The “things” left by readers of the blog led me to each of the characters for this whimsical vision of the Jazz Age.  I thought it might be fun to show you how I imagine them.  So in no particular order, please meet the cast of The Three Things Serial.

Paisley Idelle Peabody (Better known to you as Pip) 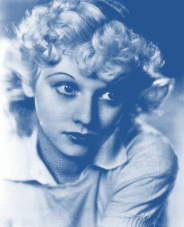 The moment I saw a picture of a teen-aged Lucille Ball she became my Pip. In my imagination the voice of a grown-up Lucy narrates The Three Things Serial, looking back on the adventures of her youth.

Pip might be a tad conservative, naive, or innocent as flappers go, but that allows her to take people as they are, without judgement. Time and “things” will tell if that open-hearted naïveté gets her into a pickle — or maybe a whole barrel-full of them!

The heart of a true flapper beats in Pip, and she is determined to be what she thinks of as a modern woman.

Pip enjoyed giving everyone nicknames, usually based on their occupations or their aspirations. Her friend and neighbor, Mona, had big dreams of being an actress, but little chance of seeing them come to fruition. Mona is something of a flirt, but you won’t see her “lead anyone on.” It’s just that people (particularly men) jump to do things for her.

In my imagination, the original “It Girl” — Clara Bow plays Mona. 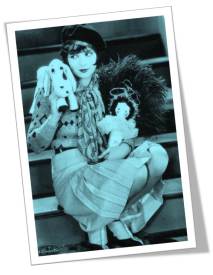 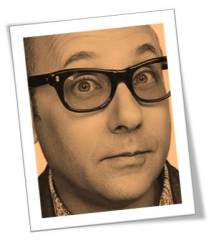 The “things” for Episode-2 required me to write about a ballerina, a fireman, a movie star, and an astronaut. Have I mentioned that I’m a research geek? I had to make sure the word “astronaut” was actually used in the 1920’s. I got conflicting information, but the greater consensus said “no.” However, I learned the term Astronaute was used in France at the time. So Andy Avis is also of French descent.

Andy is also a science fiction writer, hence Pip’s nickname for him Andy the Astronaute-man. Despite the heroic stories he writes, Andy is not the bravest bean in the bowl. Discretion is pos-i-lute-ly the better part of valor with him. To his credit, sometimes Andy overcomes his big fears and takes action. Doesn’t it take a lot more courage to do something when you’re afraid than if you are just naturally brave or fool hearty?

Right away I saw a younger Willie Garson as my Andy. (You might know him from “White Collar” or Sex and the City.) I could see the friendship between him and Mona. Although unlike Stanford, Andy hopes the friendship will become a romance. 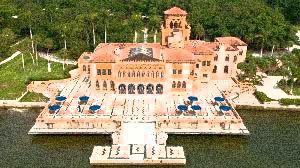 The Ringling Mansion.  Although it is not truly a character the Ca’d’Zan mansion is an important part of this story. Learning about this amazing place was so much fun that I had to include it here. I hope you’ll do some research of your own about the home of John and Mabel Ringling.

Frankie Fabro and His Cousins

Next meet Frankie the Fireman and his cousins Flavio, Fedel, and Frediano. First came Frankie. He’s taller and a little bigger than his cousins, but all four of the young men look a lot alike. Elder brother Flavio looks out for twins, Fred and Fedel. Pip has a crush on Frankie. Flavio, like most men, seems to think Mona is the berries.

The mysterious white-haired woman… turns out to be a real life countess. It was after Bepa Babikov came along that I saw a photo of Countess Von Hartenau that was simply the vision of Bepa’s elegance, as well as her fierce determination. She instantly replaced any other image I had of Bepa.

Retired from the Ballets Russes after a career-ending injury, Boris gives the occasional dance lesson to earn a living. Mona is infatuated with Boris, but also conflicted. She has some ways of thinking to outgrow. Boris is the strong silent type. His friends have to work at it to get to know him. When I saw a photo of Fred Astaire, in a rather sulky pose, it made me think of Boris.

I hope you’ve enjoyed this little introduction to the characters.

Where to get The Three Things Serial Story

Thanks for visiting.  You’re pos-i-lute-ly the cat’s pajamas! Mega hugs.

No part of this book may be reproduced, scanned, or distributed in any printed or electronic form without permission. Please do not participate in or encourage piracy of copyrighted materials in violation of the author’s rights.