never had it this good on our beautiful planet: Life expectancy, average intelligence and health have improved so much in the last decades, overall poverty is in decline, we have more democracies than despots and fewer wars than ever.

Past generations fought for a fairer and better world, millions gave their lives to stop evil, racism, fascism, sexism and

hate. They took in Jews, refugees, sent Care packages and even fed the ones who started the war, out of goodness and love.
The dividing line between good and bad was clearly visible but friend or foe, the Red Cross helped, we didn’t turn our backs on fellow human beings.

I was under the illusion that the United Nations, Nato, the EU… all of these were institutions to prevent future wars and bring us closer together as humans. Humanity was moving forward and we were approaching a new, good age.

Now the old and ugly head of nationalism (not partiotism) has re-appeared: Be it the wall to keep Mexicans out, or the Syrian and Eastern European immigrants and war refugees. Some fifty years after Martin Luther King, racism is back in style and we don’t give a damn about those outside our borders.
Nor about those who were born outside of our borders. The government in the Uk is starting its strategy to make sure we foreigners feel foreign and tolerated at best by creating more bureaucratic hurdles and hassle. Theresa May doesn’t think of morals, she thinks of those who might vote for her when her time to be democratically elected comes, and if these future voters tell her to sow “Unwantewd foreigners”  on our clothes, will she respect democracy and do it? She’s an executor, not a leader; the smallest of them all.

“We’re better,” these voters say, because they’re lucky enough to be richer. “Let’s keep it that way at all costs.”

The majority of those who think like that have the audacity to call themselves good Christians, preaching tough love by way of a justification for their selfishness and use it as their excuse not to help; and not a small percentage of those hating immigrants so violently are currently not contributing to society themselves. Yet look at one of Europe’s poorest countries, Greece, who still helps those stranded on its shores.

One of my dearest US friends, whom I knew as a giver through and through, a vocal Christian and a nurse who should know about the vulnerable and about helping, posts daily with an unexpected and outrageous fury about the ‘freeloaders’ of society, about defending her hard earned place in life and calls for redistribution of work, not wealth.
I never thought I’d read that on her wall.

Some people thank the Lord loudly for this and for th

at on their wall, but what on earth makes anyone think they are a deserving Christian when they don’t care a damn for our weak and vulnerable, like disabled people, underprivileged and unskilled people? It’s easy to shout at the poor and unemployed and accuse them of laziness or freeloading when you’re lucky enough to have such education or skills that afford you long distance holidays and a swimming pool. Not everyone can, though.

Is that what you think Jesus would tell you to shout at those less fortunate: Tough shit? Who says that those in need are not trying or deserving? Give it a dirty political name, like socialism, and you are freed of your moral obligations to your fellow humans. What are we, if we think like that? Still humans, or wolfs?

I’m angry because a close friend of mine suffers from a condition that needs expensive medical treatment to keep him alive. On his own he could never afford this kind of money. Luckily, he lives in the Uk where free health care for all is provided and he will live to an old age without being called a freeloader for whom nobody should be forced to pay.
My former friend doesn’t care about those vulnerable people anymore it seems, but wants a second swimming pool because of all her hard work.

You deserve it, you’re a good Christian anyway, because you say so,

Because you say so, Obama Care is bad, Hilary is evil and Trump is simply misunderstood and mis-quoted. Blind ignorance to mask your knowing better, to relieve you off your moral obligations and justify your selfishness. Anger and shouting louder have replaced communication and intelligence.

The same person rants at Clinton’s ‘elitism’, yet can’t see she’s creating an elite by excluding the poor and needy. Trump, a privilleged son of a millionnaire definitely is part of an elite himself,although not one defined by intellect. 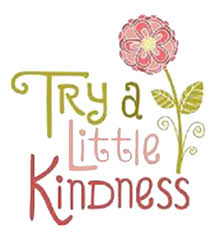 My friend is highly intelligent but refuses to see the contradictions in her arguments and my heart bleeds at such coldhearted heartlessness.

My heart bleeds to read those hatefilled tirades, hate, another thing so completely in contradiction to her Christianity. Hold your other cheek, help your neighbour, share and don’t be jealous of what other people have got.

Me, not a Christian, have to tell you.

How did we get here? One could think we’re all starving and need to defend our last piece of bread. Does history have to repeat itself? Are we only satisfied when we have battled, fought, bombed and killed, this time Muslims and poor people?
Wake up everybody. This is real and not a drill.
Remember who you are and what you can be. Don’t do what’s legal but what’s right.

Here is the gofund me page of my friend Rando Wagner, who relentlessly gives and helps Europe’s needy

18 thoughts on “Wednesday Worries : How did we get into this mess?”