Today I’m honoured to be featured over at Helen Hollick’s blog ‘ofhistoryandkings”, talking about my novel Ludwika and the story behind it.
Helen is an award winning author of several historical Fiction series and a keen supporter of Indie fiction. However, she runs the indie Reviews and awards for the Historical Novelist Society with a critical eye for top standards. i’m thrilled to have been invited. Here is the beginning of my blog post. for the full article please follow the link to Hellen’s blog.

My Tuesday Talk Guest:  Christoph Fischer
I had the honour of sitting next to Christoph at the recent HNS 2016 Conference during the Saturday evening banquet: here’s his story of his story… 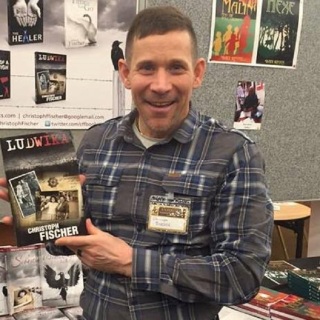 When I think about World War II and the Holocaust I think primarily of the murder of Jewish people, maybe of Sinti, Roma and Gays. There are so many tragic and complex stories to tell in that area that little of our attention is left for other victims.
The land-hungry politics of Germany and Russia caused the displacement of millions of people:
From their homes when fleeing invading armies, ethnic cleansing and forced deportation to labour camps.
These stories fade in comparison to those of victims and survivors of the concentration camps but looked at in isolation they can be pretty dramatic and complicated, too.
Because my book “The Luck of the Weissensteiners” had some displaced people as characters, a friend approached me to help his family find out more about their mother’s life.
Ludwika Gierz was born in Poland and spent most of the war in forced labour camps in Germany. She survived the war with two infants. She promised to tell her story when the children would be old enough to hear all of her truth but, sadly, she passed away before that time came. With connections broken to her, by now, communist homeland, the family only recently decided to dig into their past. 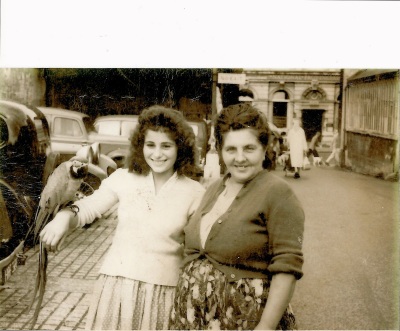 With help from my sister in Germany we established contact with people in Oldenburg, whose names appeared on her records. Our high hopes were distraught when we got to speak to an eye witness who unfortunately knew nothing of her. He didn’t recognise the picture and had never heard of her name.
The Red Cross, German local authorities and the administration of a memorial for the former labour camps have been incredibly helpful but all of their efforts have not been able to give us more than the bare facts of arrivals and departures, birth dates and the like.
The family are now trying to link up with other labour camp survivors and have established contacts with possible relatives left in Poland.
Continue reading here
https://ofhistoryandkings.blogspot.co.uk/2016/09/ludwika-polish-womans-struggle-to.html
Advertisement