Today on Mystery Mondays my guest is Kerry Donovan, whom I introduced on this blog a few weeks ago with my review of his book “On Lucky Shores”. You might be interested to learn that Kerry is running a 99p promo for “On Lucky Shores” between 14th and 21st April. Here he is:

Hi Christoph,
Thanks for inviting me into your lovely home. It’s been a while since I’ve visited Wales. Forgotten what a beautiful place it is. Fire away with your inquisition.
What type of crime fiction do you write and why?
I write in many genres, but always return to my first love, crime thrillers, mysteries, and police procedurals.
Why? That’s simple. When I watch a crime film or a TV show, I not only try to work out ‘who done did it’, but also think about how I’d have written the same story. I’ve lost count of how many time I’ve shouted at the, “I saw that one coming a mile off,” or “I could write a better story than that.” In 1985, I decided to try. After six months writing longhand (no word-processing packages back then), I completed my first novel, Freeman. A murder mystery of such astronomic absurdity and dreadful prose, I burned the manuscript in 1986.
The mystery crime genre caters to something deep within my psyche. I like to solve puzzles and writing a crime novel enables me to create them as well. I love to shock, but I also like to keep within the structures of the real world. Occasionally though, I’ll write something with a fantasy or sci-fi edge as I did in my Marmite book, The Transition of Johnny Swift.

Absolutely not. My grammar school English teacher, ‘Bulldog’ Trenchard (she wasn’t the most attractive-looking woman, but she’s gone to the great dog pound in the sky), told me I had no imagination. She also said I couldn’t string a decent sentence together if my life depended upon it. Lovely woman, so supportive. These days the authorities would sack her for cruelty.
BTW, I’ve changed her surname for legal reasons. :¬)
Most of the people in my life consider my writing a little more than another of my fads. At least they do until they read my books.
Do you find any crime fiction writers or detective over-rated, and if so, why?

I couldn’t possibly say. Not in public, but I have a long, long list. Most people I show it to—family and friends—tell me it’s my innate jealousy showing its ugly green face.

Who is your favourite Detective? 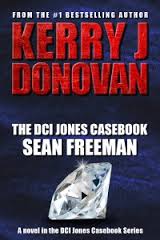 Without doubt, my favourite detective it DS Iain Petersfield of Northants Constabulary who looked the other way in 1993 when he found me burying my third victim … Oh, sorry, you mean fictional detective?
Not easy to answer that one, I have so many, including Jesse Stone, Lt. Columbo, Banacek, Morse, Sam Spade, Philip Marlowe, Lewis, and Frost.
However, if you were to remove my shoes and socks and hold my feet to the flames, I’d say Sherlock Holmes, the world’s first consulting detective. Beautifully realised by Conan Doyle, his brilliant device of using John Watson as the aloof detective’s biographer was pure genius. I read the complete Holmes collection as a teenager. It was the first adult book I read voluntarily and it stayed with me into adulthood—literally, as I liberated it from the school library. It’s a testament to the Conan Doyle’s skill that people still love Homes and Watson over a century after their creation.

Tell us about your Detective / main character.

Detective Chief Inspector David Jones—never Dave or Davey—is my main character. In his late fifties and dreading the approaching retirement, he’s an intellectual, thoughtful, dedicated, empathetic, and fair police officer. He engenders a fierce loyalty in most of his colleagues—those who aren’t jealous of his success—and treats everyone with respect, even the criminals. But don’t cross him or you’re toast.
Physically, he looks like my dad—slim to the point of being gaunt, average height, a full head of salt and pepper hair. Emotionally, he’s a loner but not lonely, buttoned up tight as a drum, and tidy to the point of obsession. Most of all, he’s someone you can rely on in a crisis.

Blimey, I’ve not really considered it. How about a younger Gabriel Byrne? He’s the Irish character actor who starred in The Usual Suspects? Yes, he’d be a good fit. 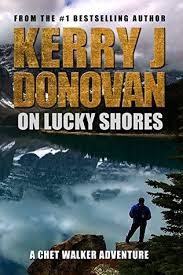 What is more important in your books – the plot twists or the characters?

Without doubt, the characters. They have to be believable and interesting enough for the readers to care about and understand or the plot twists wouldn’t matter a damn.
How often have you read a book or watched a show and thought, “I don’t really care what happens to any of those people?” If that happens to me, I’ll generally stop reading or switch channels. Not all of the characters in my books are likable by any stretch of the imagination, but I try my damndest to make them believable. The heroes, I hope, are people with whom you’d want to spend your leisure time.
Don’t get me wrong, I love throwing in the unexpected turn of events because that’s what I like to read, but they have to be believable and in keeping with the story arc.

Do you throw in Red Herrings?

Hope so. I try to make my stories unpredictable but not so obscure that it would be impossible for a keen reader to work out the answers at the same time, or even before cops. As a reader, I hate it when the writer reveals the villain at the end of the book and I’ve had no chance to work things out for myself.

Do you plot the entire novel and know who did it before you start, or can that change?

I’ve never plotted a book. Generally, I have a basic idea for a story in mind and a possible ending and then allow the characters to lead me through to the logical conclusion.

How violent are your novels?

On a scale of 1-10 where 10 is high, I’d rate them as eight. I’m a scientist by training and some of my crimes and crime scenes can be a little gory, but they are never gratuitous or over explicit. Well, perhaps that’s not entirely true. One of my short stories, The Chamber, is a tad graphic. Mwahahaha.

Is there such a thing as cosy in murder mystery?

Not in the Kerry J Donovan portfolio.

Do you include humour?

Never. Not ever. Crime is not a laughing matter. :¬)

What song would you pick to go with your books?

The theme tune for the quiz show, Mastermind, which is called, Approaching Menace.

I’m about to publish a collection of my short stories, but my work in progress is the fourth in The DCI Jones Casebook series subtitled, Cryer’s View. I hope to publish around September 2016. I’m running a 99p promo for On Lucky Shores between 14th and 21st April

Nothing. I don’t have a sense of humour, or so my wife tells me.

The one I’m currently reading and the one I’ve yet to start.
Biography 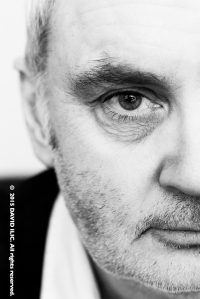 Kerry J Donovan was born in Dublin. He spent most of his life in the UK, and now lives in Brittany with his wife of thirty-eight years. He has three children and three/four grandchildren, all of whom live in England. He is an absentee granddad and praises the advent of video calling.
Kerry earned a first class honours degree in Human Biology, and has a PhD in Sport and Exercise Sciences. A former scientific advisor to The Office of the Deputy Prime Minister, Kerry helped UK emergency first-responders prepare for chemical attacks in the wake of 9/11. This background adds a scientific edge to his writing.

Veteran cop, DCI David Jones, is tough and uncompromising. His Serious Crime Unit has the best arrest record the Midlands Police Service has ever seen and Jones wants to keep it that way.

Locksmith turned jewel thief, Sean Freeman, is the best cracksmith in the UK. He’s never been caught—the police have never even come close. When Freeman’s boss forces him to break into the Stafford Museum, the UK’s most secure premises outside of the Bank of England he’s in trouble—the Stafford is in the heart of David Jones’ jurisdiction.

Someone’s record is going to suffer.

The assailant smiles, waves goodbye and strolls away into the city.

DCI David Jones and his protégé, Detective Sergeant Phil Cryer, are called to investigate the most difficult of crimes—an apparently motiveless and random attack. Hampered by a lack of resources, Jones and Cryer have to act quickly to prevent a murder spree.

When fourteen-year-old Hollie Jardine fails to return home from school, her terrified parents call the police.

With Hollie’s chances of survival fading, Jones and his colleague Alex Olganski risk their careers when they ignore protocol to follow Flynn’s trail across the Channel into France.

What they discover in an idyllic backwater will stretch Jones’ detection skills to the limit, and Alex’s loyalty to heartbreak.

The Transition of Johnny Swift

Frank Brazier has the perfect life. A contract to drive for a Formula 1 team. A supportive family. A stunning girlfriend.

On the surface, everything is great, but Frank keeps a secret. On race days, Shadow-man visits. He sits on the nose cone of Frank’s racing car, or floats above the grandstand, waving, taunting, distracting, eating away at his concentration. An accident in the making.

Frank starts hearing voices. Strange voices. Impossible voices. He’s losing his grip on reality and Paula, his sister, is dying. Doctors say she is brain dead. They want to pull the plug, but Frank knows she’s still in there, fighting. He can hear her calls.

Shadow-man speaks. He says Frank can save Paula, but can Frank pay the price?

In an action-packed tale of secrets and lies in small town America, Chet Walker is a man forced to make decisions that will affect his future and the life of the woman he loves.

Witness to a car crash and in receipt of a cryptic message from a dying man, travelling musician, Chet Walker, reaches the picturesque lakeside town of Lucky Shores. He faces hostility and suspicion from the locals and learns that the information he carries could unlock an eight-year-old mystery—it could also get him killed.

Josephine Dolan, owner of the Lucky Shores diner, wants to bury her past. When Walker arrives with a message from her father, she doesn’t want to hear it. She cuts him cold.

When his life is threatened, Chet Walker learns the truth behind the saying, “no good deed goes unpunished.”