This Thanksgiving I’m most thankful to the wonderful and selfless people busy with humanitarian aid work for the refugees in Europe. As the crisis continues I am going to continue to post impressions, using words from the volunteers and those involved. And I will keep on mentioning the one aid campaign that I know and trust the most: Rando Wagner’s gofundme campaign. https://www.gofundme.com/humansasone

If you live in London and have clothes or want to help , get in touch via comments on this blog. His next mission in on December 10th.

First off, though, I think we need to step back from the idiotic scaremongering by Trump and equally uneducated followers and remind ourselves that the Syrian people are trapped between

*bombing and terror from Western and Russian air strikes.

They have no army to defend them and no police or insitution to fall back on. Many have already lost half of their family and to help them is imperative if you call yourself a Christian, a civilized person or a human being.

“This is Syria.
These are Muslims.
These are not ISIS.
They also need you tears.
THEY ALSO NEED YOUR SYMPATHY.

*Don’t let the media manipulate your opinions.
*Don’t let the tragic events in Paris let people confuse extremists and terrorists with people born into their faith.
*I was born into an Irish Catholic family and I am not a member of the IRA.
*Be stronger than your fear and hate.
*See the world from behind the curtains of the BBC and The Daily Mail”

Rando travels between London, Berlin and Lesbos to bring clothes and food to the refugees and spends his spare time driving them from the initial reception camps to the secondary camps, the next stage in the process. Here is the link to his campaign https://www.gofundme.com/humansasone

His “Berlin Air Bridge 2015” takes off again on December 10th, when Rando and his team will bring clothes to the refugee camp in an unused airport building.

GIVE back into Thanksgiving!

It personally pains me (I hate tax dodgers Amazon with a vengeance) but on this occasion let’s use them. Here is an Amazon Wish list that supports another initiative, Kreuzberg Hilft:

This is amazing!!! The donations are being sent to our cooperation partner Kreuzberg hilft who are sorting and distributing the donations to the different shelters in Berlin. Thanks to everyone who shared the list and to everyone who donated so far! We are ecstatic!!!”

“Restaurant in LESBOS on the road from Skala Skamias to Mytilini!

Open late! Basic take away food, ideal when on the move!
They saved our a… at 1am a few nights ago by giving us desperately needed petrol! I wanted to pay,but the owner refused to accept my money, and one of the 3-4 guests said, ‘ you guys help us so much that’s the least we can do’, the other guests all agreed.

The owner saw me the next day in town and stopped his moped, asking me to please stop by for a beer before I leave.
Please give those guys some business if you are passing.

Shalom and THANK YOU to

ISRAID doctors from Tel Aviv! One human race in action!

“Picture of a ferry operator putting on their largest ship for the occasion and charging full fare! 😦
when during the winter months these boats would be running empty!”

Here’s a story from Lesvos that will never be on the news:

Two nights ago, the Greek Coast Guard got a call that a refugee boat was hours overdue because family members back in Turkey hadn’t heard from their loved ones on board. After searching the dark sea for hours, the Coast Guard found the raft and brought everyone on board to the nearest land- a tiny fishing village-where a café was turned into a makeshift Emergency Room. There, doctors and volunteers managed to save everyone, despite many suffering from hypothermia and shock, including a nine month old baby with Downs Syndrome. Throughout the rescue, the refugees were frantically telling the aid workers that there was someone else lost at sea- they had to continue searching.
…

When the engine of the raft had died halfway across the Aegean, and the overcrowded raft began to fill with water, the families on board panicked. The last of their possessions were tossed overboard, but they continued to drift and slowly sink on the dark sea. From the edge of the raft, a tall, broad-shouldered man from Iraq spoke up. His wife and children had been killed by the rockets that destroyed his home. He was alone in the world. To give the sinking raft more time, he would jump overboard, hoping that without his weight, the others on board would have a chance of rescue.

I don’t know how long he floated, or what that frigid, lonesome night in the Aegean was like. I imagine that he looked up at the stars and thought about his wife and children, and how he would soon meet them again. I imagine that they would be proud of him.

Meanwhile, the Spanish lifeguards had heard the story and quickly mobilized jet skis, heading off into the darkness to find him. Every once in a while the lifeguards would cut the engines, scan the choppy water with flashlights, and call his name. Eventually their light fell onto the man’s waterlogged orange life vest, and the lifeguards raced his unconscious body back to the café on shore. Doctors and volunteers had few resources, but spent two hours administering oxygen and trying to warm him up. The doctors said that he teetered on the brink of life and death and would not have survived another five minutes in the water. But he did survive. He eventually sat up to ask about the raft and to thank his rescuers in every language he knew. I don’t know his name or where he hopes to go, but I know that he texts his rescuers updates and gratitude daily. I hope he finds a place he can someday call home again.

It’s true that not all refugees are women and orphans. It’s true that they come from a culture that I know little about. And it’s true that it’s easier to think in broad generalizations and to let fear overshadow our responsibility towards other humans. But I would rather live in a country with that man who willingly sacrificed his life, than be part of one that would exclude him.

Thanks to Joakim B Olsen and Maria Kamal, fellow volunteers at A Drop In The Ocean, (http://drapenihavet.no/en/) who spent a long night saving lives and told me their story.

Also to the lifeguards of Proactiva
 http://en.proactivaopenarms.org/

And doctors of IsraAid http://www.israaid.co.il/ 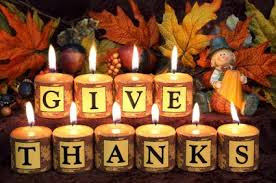