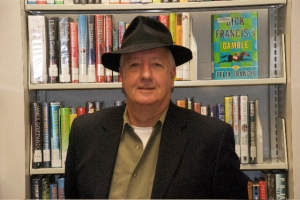 Today I have the pleasure of introducing you to another great author friend of mine: Peter Bradbury. He has written a variety of crime fiction books, all with great ideas and written with heart. Welcome Peter, please tell my readers a little about yourself as writer and as person.

As a writer I want to entertain my readers and make them think. I’m a bit of an activist as I think more should be done to help the poor, abused animals, and veterans. I don’t like hunting for fun, bullies, human traffickers, and most politicians. I’m an easy going guy who likes to laugh, I’m always watching football, but I don’t have enough time to read as much as I’d like.

It only really started with what I knew. I used to work as a butler and I was always being asked what it was like. As I was still doing the job I couldn’t and wouldn’t do an autobiography, so I started off just by writing down what I did on a daily basis along with the staff duties. I then decided to turn it into a novel, made it a murder / mystery and called it Stonebridge Manor. I started it in 2007, but didn’t really work on it until 2010.

Not really. I love books but once I pick one up that entertains me I can’t put it down, so I usually have to reserve a whole day for it. As I worked as a butler, I love the P J Wodehouse books as Wooster was the perfect employer.

When did you decide to write in your chosen genre(s) ?

Although Stonebridge Manor was a murder/mystery, I like doing thrillers. Most of the books I like to read are thrillers so it’s more natural for me.

With my second book, Prospects, I was watching the news one night and they were reporting about a lost girl. It was casually mentioned that 60 other girls were also missing in the same area, but no one was looking for them. That got my attention and I learned that literally thousands of young girls and boys go missing every year, but because a lot of them have history of running away, or they’re from poor neighborhoods or whatever, they aren’t looked for. I took that information and turned it into a story about serial killers in San Francisco, who targeted young single women. Although the women in the book were adults, the police say that everyone has the right to disappear, so unless there is evidence to suggest that a crime has been committed, there is little they can do. 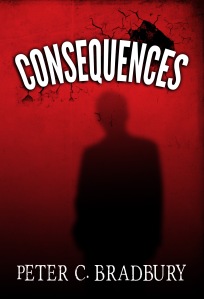 I was then told that a grandchild in Florida was being bullied, and that his teachers ignored his plight. That is not unusual, 94% of them don’t. After talking to my grandson I learned what really bothered him about it and how I would like to react if it had happened to me. That became Consequences.

I was then told by a friend who read Prospects, that the natural progression to the missing people problem would be a book about human trafficking. So after doing some research and talking to the FBI, I wrote The Innocent Children. 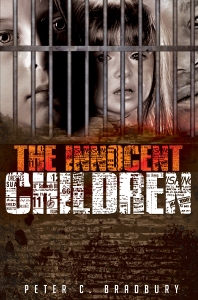 Pretty boring really. Since losing a job working as a butler during the recession, I have found it hard to find another position as I lost all my credit, which is important in the USA where I now live. So I’m working in a restaurant now. I’ve gone from being middle class to really poor so I don’t get to do much.

You have created great characters. Which one is your favourite?

Probably Ken in Stonebridge Manor. He was based on my mentor. Leslie Bartlett, who was a great friend and taught me how to be a butler.

Phillip in Stonebridge Manor. He was based on myself.

Were the plot and subplots completely planned from the start or did they change during the process, and if so, how?

The books take over. I start by thinking of the beginning, middle, and end but it gets changed as I write. In Consequences I changed the end, as I did with Prospects, as it made more sense.

What is your main reason for writing?

I love writing and getting the responses from my readers.

I ‘ve only read one of the books so far. What is the idea behind your series?

Although I keep being asked to do sequels, all the books are stand alone’s.

The best is the actual writing and finding that they are really enjoyed. The worst is the editing, proofreading, marketing, and trying to get your name out there.

It is really difficult as marketing takes so much time, especially when you have a job to go to. The book I’m trying to write at the moment is really suffering at the moment.

Work, browse the internet. do a lot of social media trying to sell books, and watch football.

Tell us one odd thing about you and one really mundane thing.

I’m left handed but if I play golf I’m right handed. I like TV.

What would your friends say are your best and your oddest quality?

Things like Only Fools and Horses, people’s pride being hurt, traditional comedians, sarcasm.

What (not who) would you like to take to a lonely island?

A library, wine, tea, milk and sugar, sandwiches, laptop with power and internet.

I can’t afford editors and proofreaders so it’s down to me which isn’t ideal.

The low was publishing too soon and getting lousy reviews for it, which stick. It wasn’t the story, it was the formatting which made it more galling. The highs are always the unsolicited great reviews.

What do you like best about writing? What’s your least favourite thing?

I like the actual writing and putting the story together. I hate editing.

Just write the story and don’t get too technical.

Most of the criticism has been about the editing and formatting so it’s okay. I would love to be able to pay for a good editor and proofreader but I can’t at the moment. I also got criticism for writing in American rather than English but that’s more down to the word processor than me.

A thriller about a kidnapping robbery gone wrong. A family gets killed killed because of it but the daugher survives, severely burned. She has to undergo years of recovery before she can get justice for her family.

Although my books are novels, there is a lot of truth in them. I am English, with family still in the Greater Manchester area, and I do miss England.

Links to Peter’s Books on Amazon:

The Innocent Children on Amazon US and UK

Consequences on Amazon US and UK

Prospects on Amazon US and UK

Stonebridge Manor on Amazon US and UK

Connect with Peter on