In the last few weeks I have read several articles in newspapers and in magazines such as “The New Scientist” and “The Economist” about the Fake Review Crisis.

Advisor and other sites are, too, and this is now becoming something of a wider issue beyond book reviews.

The sites in question are (quite justifyably) worried about the value of their review systems and their credibility, due to the amount of bogus reviews.

I agree that it is in everyone’s interest that there is integrity in reviews. Consumers should not be misled.

sting operations and fake author personas / profiles to infiltrate the indie author circles. So no doubt, it has caught some actual bad guys.

Yet, desperate websites should not get trigger happy and shoot at anything that moves. Common sense must prevail and not lead to hasty actions and generalisations that hurts its indie business partners.

There remain a lot of 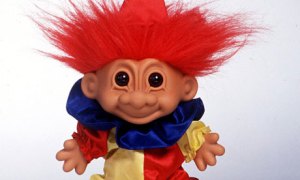 obvious hate and troll reviews [and reviews by people who never read the books they reviewed] untouched, despite being reported. Amazon’s targeting still centres solely around positive reviews.

I can guess that my reviews seemed fake because I don’t like to publicly trash people and their work. I wrote a good review for a book or none at all. I can count the 2 star reviews I left. A lot of my reviews were for indie authors but some for the Historical Novel Society, Netgalley and other review networks.
Obvious revenge reviews from rejected authors are still amongst the many troll reviews for my books. Amazon took all of them down and remains silent on the issue since May.

The International petition regarding their restrictions on authors who review and the ‘you know this author policy’  had more than 15,000 signatures but has remained unanswered by the mighty giant as of yet. Jeff didn’t see it worthy to even reply.

Is this arrogance or sheepishness?

Legitimate reviewers keep being harrassed about people they ‘know’, my guess is via social media connections. I have over 40,000 followers on Twitter, 1100 FB friends and 1000 blog followers. A lot of ‘friends’ by the new standards. Again, these standards are minefields for indie authors, Rules and assumptions are not being discussed openly but unilaterally and secretly decided. 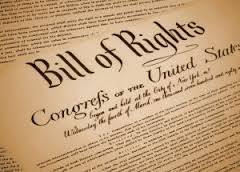 When famous and traditionally published authors review each other’s books it is printed on the front page of the New York Times Literary section and seen as a powerful yet legitimate and newsworthy endorsement. When indie authors do the same, it is branded fake and immoral.

As fellow authors you are bound to be in the same social media platforms and be ‘identified’ as knowing each other. Which mystery writer doesn’t read mystery novels? And on social media platforms for said mystery writers is where they are likely to find reading materials. Knowing how hard it is for indie authors to make a name,  I prefer to read indie books and am more likely to buy and read those I come across in these circles. It neither makes me a friend of those people, nor does it mean that my review will be fake.

Indie authors need reviews. I know many authors who have stopped reviewing indie books out of fear that Amazon might punish them for it because it assumes a connection. This is madness and plays in the hand of traditional publishers, discriminating us Indies.

So in the absence of reason and communication, if you do not want to lose your reviewing privileges and be branded a fraud:

Authors, don’t link your social media to your Amazon profile or reviewer account so you can avoid being chastised and relegated from reviewing books you have legitimately bought and read.
Amazon itself can put your Author profile, reviewer name, real name, email address, FB profile, twitter handle etc easiest together via the same computer’s IP addresses.
Use a tor browser and ‘add-block’ extensions to deny them access to your data. That is valueable on many levels, be it general privacy and internet speed. You would be amazed how much information there is for them to take. I spoke to some IT guys and was shocked at what is accessible and visible to strangers via the ‘right’ sales programmes.

Use a generic reviewer account to stop the actual spies in the author community from knowing who you are on Amazon. As fellow authors you are bound to be in the same social media platforms as some of the authors you review and could be identified as knowing each other.

Reviewing we must not stop. Indie authors need the reviews.

33 thoughts on “Amazon Review Crisis Update: News and some advice”