‘RECOGNISE THE WHOLE HUMAN RACE AS ONE ‘

Following my blog article about Rando and his hands-on volunteering in Serbia, here is a little follow up. Since then he has set up a gofundme page as he plans to do more for the refugee crisis in Lesbos later this month.

His action have inspired more friends. As cabin crew he and a few others  are using their cargo allowances / concession to travel to Berlin on 10/11 of NOV to take a load of WINTER GEAR, jackets, jumpers, gloves, hats, SOCKS, for the Syrian refugees, many who have arrived with literally the clothes on their back.

Regardless of political/personal views on the whole migration crisis there are a load of people – many children – now in Berlin housed up in a former airport terminal. And it’s getting cold. And it will get colder.
London-based readers can comment and I get you in touch with the team.

Please share and share again, everyone needs to be aware of the very real risk of thousands of dead frozen bodies on the side of Europe’s roads and on Greek beaches once winter sets.

In 1990 I’ve been on a month long holiday in Syria. This was long before ISIS started to behead people, imposed its inhumane laws and blew up anything in its way; before its own president started to shoot at ‘his’ people.

The country was peaceful, modern in many ways and not at all poverty ridden. This is not an economical crisis. These people are trying to save their naked lives.

As writer of historical novels I also cannot stress the parallels to the past enough:

How many Jews stayed in Germany, thinking Hitler’s madness must come to an end and foreign governments would intervene? Germany was their home, why should they leave? Worldwide, their fellow humans didn’t help and called the refugees migrants and opportunists, as many people do today.
I don’t blame the Syrians for not hanging around to see if Isis or their president gets them first. If I was them, I would go, too. Would you bet your life against such madness?

First and foremost, these people are refugees, not migrants.

I see chocolate Santas on sale already – how many lives will be having on our conscious by X-mas?
Political inaction has caused this crisis, not greed and opportunism on the refugees behalf. Just google Syrian refugees and look at the pictures. Nobody choses such a life on the road unless they have to. As fellow humans we owe them. We need to help.

Here is a letter by one politician to the next. I don’t always agree with her but here she speaks very well:

Following my visit to refugees and aid workers on the Greek island of Lesbos I’ve sent a letter to David Cameron calling on him to do more to help. It is unacceptable to stand aside and leave Lesbos to cope with this alone. You can read the text of the letter below:

I am writing to ask you to personally intervene to ensure there is immediate humanitarian aid for Lesbos and other areas most heavily affected by the refugee crisis.

Visiting Lesbos last week, where 9,000 people have been arriving each day, I saw families in dreadful humanitarian conditions. Since then, as the weather has deteriorated, it has got worse.

Aid workers told me the humanitarian response was worse than in other international crises they had worked on exactly because it was happening in Europe, and the aid, organisation and mandates they have drawn in elsewhere do not apply. We cannot allow this to happen.

On the northern shores of the island, I watched as hundreds of people arrived by boat every hour. They cross from Turkey in flimsy rubber dinghies where they are met by groups of volunteers and directed towards the long walk to the registration centres. There are lots of children, many pregnant women and older people needing help too. Most are from Syria, Afghanistan and Iraq.

The people of Lesbos and the volunteers from all over Europe and the Middle East who are helping them are doing a remarkable job supporting the refugees and coping with the sheer scale of the crisis. And the Mayor of Lesbos is providing impressive leadership. But the island needs emergency help from the rest of Europe

They don’t have enough ambulances or medical support. They only have two ambulances for the whole island, and there isn’t the support to cope with the sick, injured, dying or heavily pregnant arriving in boats each day, or transport people 60km to the hospital in Mytilene. Nor is there enough support for people who are getting sick – including children getting fevers, diarrhoea, or other illnesses spreading through the camps. Small aid organisations have sent some doctors, nurses and paramedics to the beaches, but one told me he was working up to 20 hours a day trying to cover the beaches, that there wasn’t enough expert medical cover in the camps, and that some of the personnel drafted in didn’t have the emergency training needed.

They don’t have enough sanitation support. Across the island there aren’t enough toilets in any of the areas where refugees and travellers are gathering – where the boats arrive, in the camps or at transit points. Even in the port where shipwreck survivors are taken, there are no basic facilities for people to use. And there are few washing facilities or taps. Aid workers are seriously worried about the implications of poor sanitation. One told me he was worried about cholera.

There isn’t enough basic shelter. The camps are not big enough to accommodate all those arriving or waiting for registration and the facilities are very poor. Families sleep in the woods or on the streets. In Moira camp, children were playing and sleeping amidst the rubbish. Now that the rains have started, families are getting soaked, forced to sleep wet or in the mud.

There aren’t enough buses to transport refugees, including small children, from Skala Sikaminias, the nearest village from where boats land to the registration centres on the outskirts of Mytilene. Refugees are walking 60km in increasingly wet conditions along the side of the road.

The registration processes are failing badly. Last Monday you told me that the British Government was providing technical expertise and support to make sure people were properly processed. It isn’t working. They clearly need more staff as the camps are becoming more crowded as people wait. In one of the camps, Moira, people are forced to wait in a crowd all day by the gates to the registration centre, unable to leave to get food, go to the toilet, get out of the pouring rain, or look after their children for fear of losing their place and having to start again the next day. This is causing considerable tension and stress and is likely to become dangerous.

Volunteers from across the world are doing amazing work offering urgent medical treatment and providing food and water where possible. International NGOs are also operating, but it is clear that no one feels able to apply the normal models of humanitarian aid that are well-practised in crises in the developing world because this is Europe. The result is that we are failing to provide basic humanitarian aid – because this is Europe. 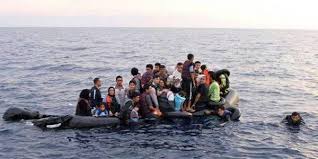 It is unacceptable for European governments to stand aside and leave Lesbos to cope with this alone.

I am urging you to take a lead on this issue – to insist that Europe provides humanitarian aid directly to Lesbos. Can I urge you as part of that to offer help from DfID to Lesbos?

If we do not act now, the weather will worsen and the situation on the island will become untenable.

If we do not act now, we will see disease spread through crowded camps of desperate families on European soil

If we do not act now, we will see children suffer and die as a result of the wet cold conditions and lack of basic medicine they need.

Please don’t turn your back on this.

8 thoughts on “GoFundMe Campaign: ‘RECOGNISE THE WHOLE HUMAN RACE AS ONE ‘”