R.E. Weber will be my interview guest on Monday but his book is free now:

#FREE until 1st Nov THE VOYAGES OF THE SEVEN: The Star Agency 2 –

R.E. Weber will be my interview guest on Monday but his book is free now:

Book 2: The Voyages Of The Seven 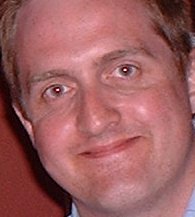 Born in Sheffield, Yorkshire, in the 1960’s, R.E.Weber discovered his passion for science fiction at a young age after reading A Fall Of Moondust by Arthur C. Clark. Thirty years later, the saga that was to become The Star Agency Chronicles began to take shape, and in January 2013, the first novel in the series, The Star Agency, was published.

After a great response to the first novel, he began working on The Voyages Of The Seven, which was released in August 2015. Book 3 is currently in the advanced planning stages.
When not reading or writing, he is often to be found indulging in his other passions, which include running, astronomy and cinema going. He now lives in Bedfordshire, UK with his wife & cat. He is still obsessed with science fiction.