Its’ hard to beat the last few weeks, during which

THE HEALER  was released to a warm and fabulous reception and humbling reviews – even making it into the medical thriller charts.

THE LUCK OF THE WEISSENSTEINERS was hugely popular during the BookBub free promotion and had almost 60,000 downloads with knock on sales for all books of the Trilogy.

So here are the next tricks I have up my sleeve:

Yesterday I’ve received the proof copies for IN SEARCH OF A REVOLUTION – my Finnish War Epic set between 1918 and 1950. A return to historical novels. To be released March/ April 2015.

In the mean time I’m writing the sequel to Conditions and am working on a new thriller, losely entitled THE GAMBLER. I am hopeful to have one of those ready for a September release.

AT ODDS WITH DESTINY Box Set. I’ll be introducing the other writers of the set in the run up to the release. Each one of the novels in this boxed set is outside the box. Open it at your own risk! Bestselling, critically acclaimed, and notoriously creative authors from across the book continuum join forces to bring you AT ODDS WITH DESTINY, everything you’ve wanted in a boxed set but thought you’d never find: full-length novels brimming with myth, fantasy, mystery, history, romance, drama, originality, heroism, and suspense. Finding themselves at odds with destiny, the characters in these stories fight to shape their future and define who they are. Come follow them in their journeys.

Rise to Power by Uvi Poznansky Notorious for his contradictions, David is seen by others as a gifted court entertainer or a traitor leading a gang of felons. How does he see himself? Can he control his destiny and strike a balance between ambition and longing for purity? Double Forté by Aaron Paul Lazar In the deep cold of winter, threats erupt from the dark woods, spinning events out of hand – and Gus, tormented by the unexplained death of his wife, braces for the fight of his life. The Luck of the Weissensteiners by Christoph Fischer In WW2 Eastern Europe, two families – one Jewish, one Catholic — fight for survival amidst deception, fear, distrust and betrayal. In the entangled web of political, religious and familial loyalties, can love endure? Outview by Brandt Legg Nate embarks on a breathless quest to save his brother and unravel the mystery of their father’s death. His desperate flight takes a stunning turn when mystics reveal an extraordinary destiny to him. Among the Shrouded by Amalie Jahn Mia, Thomas, and Kate have psychic abilities and a common destiny. They just don’t know it yet. Pam of Babylon by Suzanne Jenkins After Jack dies, his wife Pam discovers secrets and lies. Is she destined to succumb to vengefulness against his two lovers, or will she fine a different way forward? Broken Angel by S.W. Vaughn To rescue his kidnapped sister, Gabriel is forced to join a crime syndicate, where he discovers a dark underside to the city that few have ever seen. Yet the game can’t be won by their rules. He’ll have to make his own. Tempus by Janet Morris Woe betide the soul who dares too much! Ride with Tempus and his Sacred Band of Stepsons cavalry into myth, legend, and adventure like no other. Native Lands by P.C. Zick When their environment is torn apart by a battle for power and control of the last of the Florida frontier, a tribe of native Floridians thought to be extinct rise up to halt the destruction of the natural world they treasure. Dream Student by James DiBenedetto Everything was going according to plan, until the night when college junior Sara Barnes started seeing other people’s dreams. Is she the only one witnessing the secrets of a serial killer? Let in the dog and let out the cat, for this box holds dangers of the most rarefied kind! Short Biography: 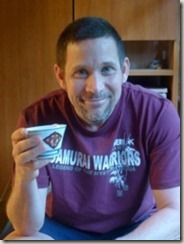 Christoph Fischer was born in Germany, near the Austrian border, as the son of a Sudeten-German father and a Bavarian mother. Not a full local in the eyes and ears of his peers he developed an ambiguous sense of belonging and home in Bavaria. He moved to Hamburg in pursuit of his studies and to lead a life of literary indulgence. After a few years he moved on to the UK where he now lives in a small hamlet, not far from Bath.  He and his partner have three Labradoodles to complete their family. Christoph worked for the British Film Institute, in Libraries, Museums and for an airline. ‘The Luck of The Weissensteiners’ was published in November 2012; ‘Sebastian’ in May 2013 and The Black Eagle Inn in October 2013. “Time To Let Go” , his first contemporary work was published in May 2014, and “Conditions” in October 2014. His medical thriller “The Healer” was released in January 2015. He has written several other novels which are in the later stages of editing and finalisation. Website: http://www.christophfischerbooks.com/ Blog: https://writerchristophfischer.wordpress.com/ Goodreads: https://www.goodreads.com/author/show/6590171.Christoph_Fischer Amazon: http://ow.ly/BtveY Twitter: https://twitter.com/CFFBooks Pinterest: http://www.pinterest.com/christophffisch/ Google +: https://plus.google.com/u/0/106213860775307052243 LinkedIn: https://www.linkedin.com/profile/view?id=241333846 Facebook: http://www.facebook.com/WriterChristophFischer?ref=hl