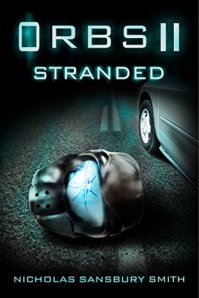 “Orbs II: Stranded” by Nicholas Sansbury Smith is a well thought through and gripping sequel that sees our group of heroes separately trying to fight the aliens after an invasion of earth. This uninvited interest in our planet causes gruesome treatment of humans and the book contains some harrowing descriptions of their methods and warfare. With that it owes almost as much to horror as it does to science fiction.
The Organics, so the name of the aliens, are an interesting species and their world and methods are unlike any I have read about. The team of survivors and scientists who try to fight them and who try to reunite with each other are excellently drawn. Smith has also written some short stories surrounding this series to explain even more about their individual backgrounds but they are fascinating just from the main books alone. Such careful fleshing out pays off when you come to second and third books.
The book also touches upon issues of nature resources and human exploitation, corporations and research and is in that respect a well-rounded and multi-layered story. The fact that the team is split up and our protagonists have some extremely different experiences helps to keep the suspense and tension going. The description of the captured team member was particularly strong.

Orbs II will appeal to fans of science fiction and apocalyptic thrillers with its competent writing, strong characters and fascinating world creation. Orbs I was a bit of a surprise find for me since I don’t often get to read science fiction and I had concerns that the sequel would not grab me as much. Smith, however, has effortlessly delivered a great equal with a good and gripping story. Highly recommended. 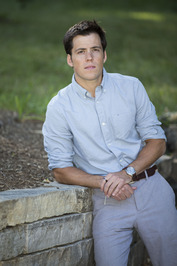 The book on Amazon US and Amazon UK

My previous feature on Nicholas with an interview

Nicholas Sansbury Smith is the author of several post-apocalyptic books and short stories. He worked for the State of Iowa for nearly 10 years before switching careers to focus on his one true passion—writing. When he isn’t daydreaming about the apocalypse he’s likely racing in triathlons around the Midwest. He lives in Des Moines, Iowa with his family and several rescued animals.

For more info, visit him at:http://nicholassansbury.com(less)

Dr. Sophie Winston and her team of survivors fend off the alien invasion in Orbs II: Stranded, the second book in Nicholas Sansbury Smith’s bestselling Orbs series. At the end of the world, who can you trust? The aliens have invaded, wiping out almost all life on earth. Their goal: water. Huge spaceships are draining the oceans, and the few remaining humans have been herded into farms, where their bodies are harvested to support the growing alien army. Humanity’s last chance lies in the biospheres that have been planted secretly across the globe. But all is not peaceful in the biosphere led by Dr. Sophie Winston. With resources dwindling and tensions high, her small group of survivors is divided. Some want to fight, some want to stay hidden, and Sophie just wants to keep everyone alive. When one of their own, eleven-year-old Jeff, is kidnapped by the Organics, Sophie is forced to pick sides. With the help of a promising new magnetic weapon, the biosphere team just might have a fighting chance to save Jeff and the world–if they live long enough to use it.