Since I mentioned that my sales seem related to my Twitter activity, I’ve been asked several times to write about my experience with Twitter, so here goes. I cannot claim to have studied Twitter and admittedly my Twitter knowledge can still be hit and miss, but these are my anecdotal views. 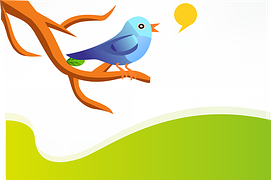 My main message upfront: It can be hard work but I found it very worthwhile and an important marketing tool.

Reluctantly, I joined twitter about 18 months ago and had humble beginnings. Like an enthusiastic lapdog, I immediately followed everyone who was remotely book related and soon the number of people I was following was 2000. However, Twitter has an in-built barrier and you need to have 1800 people following you before you can follow your 2001st, 2002nd etc. Twitter account.

Thanks to some friendly help from an author in the know, I learned that justunfollow.com (free software) helps you here. It gives you a list of people who you are following but who are not following you back. You can drop these people and find new accounts to follow, some of whom might actually follow you back. You repeat this process until you have a better following/followers ratio and can move forward past that 2000 barrier.
[After you break through the 2000 barrier you need to keep a +/- 10% ratio, i.e. 1800/2000 – 1890/2100 etc. so you are never quite home free]

Initially, I followed people who said avid reader, reviewer and bookworm, in their profile title or description. I also preferred private accounts rather than companies, and I checked out similar authors and began following their followers. The rationale being that if these people are interested in the genre and the type of books I write, then they might want to follow me. I do this on a daily basis and it takes about 5-10 minutes

To avoid Twitter’s suspension of accounts that show ‘aggressive following behaviour’, I follow less than 200 new accounts each day. Twitter is vague on their policy and some of my friends seem not to be affected whereas others get suspended for it really quickly. Information on the matter is muddy and the stories I have heard are often contradictory, so, after having been suspended twice for ‘aggressive following behaviour’, I am keeping a ‘lower profile’. Twitter now sells a service to ‘promote’ your account to gain followers, so we know why they are being ‘difficult’.

Every few days I use justunfollow.com to drop the accounts that did not show interest in following me back. It is useful not to do that daily since not every person is on Twitter every day and if you drop them too soon you might miss out on some good followers/future readers who would follow you back eventually.

I began to retweet other author’s tweets to make personal friends on Twitter rather than just gain an impressive number of followers. People get notifications that someone retweeted their tweet and some of them go to your profile to return the favour. Depending on how many followers they have, that can mean that your tweet is tweeted to a very large number of followers.
Tweet teams are very good for this. A group of twitter accounts unite and share each other’s tweets in a reciprocal system. You have to tweet usually one of their tweets that day and all of them will tweet one of yours. This way you share each other’s followers, multiplying the potential of recipients for your messages. Some participants in the tweet teams have 100 000+ followers, so despite the leg work it takes to send out all the tweets in a team it can be a very worthwhile task.

After I joined a few of these tweet teams my sales multiplied by a factor of ten. Admittedly, the sales were not great before I joined but they are pretty constant since. 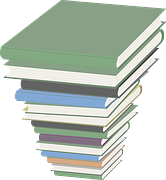 The tweets you send are up to you but I have found pictures (be very careful with copyright!) and short statements seem to be most effective. Listing reviews and the high numbers of your 5* ratings may not impress a fellow tweeter (and potential reader) as much as you might think, but concise text that indicates what your book is about and why it is good, – imo- will create interest.

E.g. I write about WW2 in one of my books, Slovakia and survival. By using the keywords with a hashtag, i.e.
#ww2 #Slovakia #survival etc you might connect to readers who are searching for books with that subject and are doing a twitter search with that hashtag.

As a reader I myself have picked books I heard about in tweets that indicated what the books were about. They used hashtags or easily identifiable information such as:
#Jersey and the #ChannelIslands during #WW2
#transvestite lover of the King #Asia
#Cinderella story with a #horror twist

Additionally, tweeting about others will improve your ‘street cred’ and likeability, and usually pays dividends. As a writer you are more interesting if you don’t just talk about or advertise yourself, but engage in discussion; if you are a reader, and which author doesn’t read, then you get additional kudos. When I tweeted the blog post I had written about my cover designer, I had one of the highest re-tweet count and unprecedented activity on that blog post, plus a little surge in sales for the book concerned, too. Besides, it feels good to be part of a community.

I schedule tweets about me and my friends weeks ahead with the commercial version of hootsuite (about $10 a month. You can schedule tweets with the free version or with tweetdeck but with the free versions you can’t bulkload your tweets and have more manual work to do for that).
I also programme roundteam (free) to pick up tweets of a certain type (users of a certain hashtag, #ww2 for example. I do that to get noticed by other tweeters and to entice some of them to return the favour);
I also manually interact on Twitter by picking random tweets for re-tweeting from accounts I would like to connect with.

The more followers you have, the more likely are people going to follow you back, so the initial hard work will pay dividends later.
Since I achieved 10,000 followers, my success in getting people to follow me back really picked up.  I joined more tweet teams and so my daily ‘audience’ had reached solid regular figures. I estimate that through the tweet teams my tweets reach several 100,000 additional tweeters and potential readers.
When I had a free giveaway of my books, I tweeted regularly about it in all the tweet teams and re-tweeted tweets from accounts that seemed interested in free books and giveaways: the results were beyond what I had expected

I use tweepi, a program with free and premium versions, to help me

* follow someone’s followers,
* to unfollow people
* and to follow those accounts that found and followed me on their own accord. Those you do not want to lose, because they might unfollow you if you don’t return the favour.