Today I am presenting one of my reading highlights of the year.

I accidentally stumbled upon this via a tweet and am pleased I am able to share this remarkable memoir with you all today. 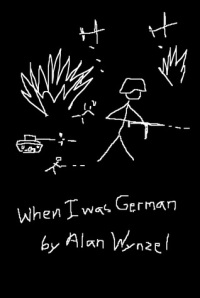 “When I Was German” by Alan Wynzel is a bitter sweet childhood memoir of a young man growing up in his own private war zone that is the marriage between his German mother and his Jewish father in America during the 1960s and 1970s.

It is a moving tale about a child caught in the parent’s volatile relationship, the clash of their cultures and personalities and the resulting identity issues for the young men brought on by conflicting ideas and role models.
Wynzel’s perception of the Jewish and the German cultures is a very interesting perspective and one that benefits particularly from being told by the point of view of an adolescent. His childhood fantasies, his perception of films and comments about Germans in the US (particularly about the 1976 Munich Olympics hostage drama) and the descriptions of the family holidays in Germany are insightful, heart breaking and thought provoking. Being German myself and living abroad – even twenty years later than this book’s story – I can relate to many of the author’s experiences.

Wynzel does an excellent job at describing his experiences realistically and honestly, making this an engaging and compelling page turner for me. This is an interesting and unique life story that deserves to be told and read.

For an interview with the author follow this link 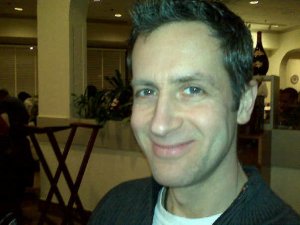 5 thoughts on “Intriguing Memoir: “When I Was German” by Alan Wynzal”