One of the most rewarding sides of having this blog of recommendations is when my features bring these great books in the way of appreciate readers and fellow writers.
Two of my favourite authors have found each other’s work recently and I am so delighted about it that I am posting their reviews for each other.

As reminder here are the two books: 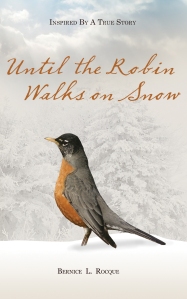 Until the Robin Walks on Snow

It is 1922. An immigrant family and their devoted midwife struggle to save a tiny premature baby. Inspired by real events in Norwich, Connecticut, this historical fiction novella about determination, family, faith, and friendship includes a story chapter about the family’s Polish and Lithuanian Christmas Eve traditions. Appendices include Author’s Notes about the facts, family history, and research behind the story.

Currently in the Top Ten of 9 separate Listopia Lists
http://www.goodreads.com/list/book/16076156
and a 4.6 average rating on Amazon

The Persecution of Mildred Dunlap

The year 1895 was filled with memorable historical events: the Dreyfus Affair divided France; Booker T. Washington gave his Atlanta address; Richard Olney, United States Secretary of State, expanded the effects of the Monroe Doctrine in settling a boundary dispute between the United Kingdom and Venezuela; and Oscar Wilde was tried and convicted for gross indecency under Britain’s recently passed law that made sex between males a criminal offense. When news of Wilde’s conviction went out over telegraphs worldwide, it threw a small Nevada town into chaos. This is
the story of what happened when the lives of its citizens were impacted
by the news of Oscar Wilde’s imprisonment. It is a chronicle of hatred and prejudice with all its unintended and devastating consequences, and how love and friendship bring strength and healing.

Here s Paulette’s review of Until the Robin Walks on Snow:

Bernice Rocque’s novella, Until the Robin Walks on Snow is a lovely read, crafted in beautiful metaphors and poetic prose to paint a family history of what it was to be an immigrant family in the early twentieth century. The story focus is on an extremely premature baby son and the efforts the entire community of family go to, to keep him warm, fed and alive. The reader never loses sight of this effort under the umbrella of love in a backdrop of extreme weather, challenging methods to offer heat and sustenance to the baby, while dividing up the duties of the mother so she can tend to her child. This is a heart-warming story of tenderness and compassion, that depicts the best of the human condition. A charming read.

Here is Bernice’s review of The Persecution of Mildred Dunlap:

In The Persecution of Mildred Dunlap we find ourselves inside small town mindsets and dirty deeds. Author Paulette Mahurin conjures up an unforgettable story about how good people can be hurt by dysfunctional human beings. The main setting is Red River Pass, a fictional location in the American west around 1895, when news breaks about the conviction of writer Oscar Wilde for “gross indecency.”

In finely wrought storytelling, the author introduces the scene, the times, and each of the characters with a good balance of narrative and dialogue. I particularly liked the degree of characterization, ranging from caricatures to warm blooded people, as a device to separate the primary perpetrators from their intended victims, as well as the sketching of some half developed people who waiver, becoming reluctant followers, bystanders, or supporters. Though the primary plot line centers on intolerance, and specifically the degree to which a same sex couple might seek to hide that relationship at the turn of the 20th century, we come away knowing the story could take place in today’s world, where people are similarly influenced by their views about this subject, religion, economic position, and perceived social standing.

The crisp dialogue sounds like what I would expect to hear from voices of people who lived in that time period in a somewhat remote location. The deft writing about how people jump to conclusions based on incomplete information is a hallmark of this well structured story. There were moments when I would have liked to draw my own conclusions about how characters felt or what was happening, rather than have the narrator tell me this information. But, to the author’s credit, after the tragedy occurs (and not necessarily what the reader might have expected), the author allows the reader to reach their own opinion about what might be ahead for the characters.

This is a book worthy of the accolades collected to date. I highly recommend it to anyone interested in a well paced read and numerous worthy messages. It is the kind of book that triggers reflection about whether each day, you as a person, might have opportunities to infuse your own thoughts and behavior with more courage, kindness, and effort in understanding. 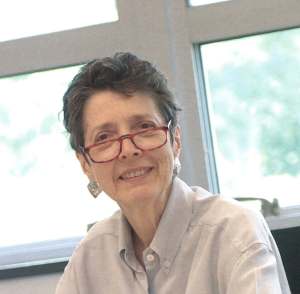 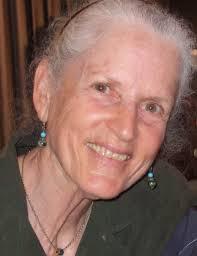 And here is what I thought:

“Until the Robin Walks on Snow” by Bernice L. Rocque grabbed my attention on the historical fiction forums on Goodreads and was intrigued by the Eastern European angle of the story, something that I have researched myself for my own books.
I found the relatively short novel had a lot more to it than Eastern European culture. It is a meticulously researched and detailed account of the winter 1922 and 1923 in Norwhich, Connecticut, during which a group of mainly Lithuanian Immigrants fear for the live of a fragile baby. Antoni is the smallest baby the doctor has ever seen – dead or alive – and his survival is in serious question.
The author describes precisely which steps the family and the doctors take to help the baby survive in the same way as she adds great detail and authenticity to the cultural background of that group: The house they live in, the cooking implements they use, the clothes and fabrics, the religious habits and celebrations – all of this creates an amazing insight and allows the reader to become part of the community and the times.
It is a great challenge to write about one small subject matter such as the birth of a fragile baby. Some authors might have been tempted to fill the book with lots of side plots to keep the reader’s attention but Rocque manages easily to hold the interest and the suspense up.
As a plot driven writer and reader I was surprised to find myself so comfortable in the slow pace which this close up of the family and the surrounding community kept. The Wigilia, a Polish Christmas Eve dinner, the fables told and so much more that is mentioned makes this a well-illustrated and rich feast for the historian and culturally interested.
Right from the beginning when the author gives an introduction, background and her acknowledgements, the writing was already so fascinating and captivating that I was surprised when the actual novel began.
This is well crafted from research to the composition. If you have an interest in this field then “Until the Robin Walks on Snow” is a must read.

“The Persecution of Mildred Dunlap” uses two well-known scandals of 1895 to start off and move along the plot of our protagonists. It is an interesting and skilfully executed set-up, followed by an equally brilliant illustration of how the imprisonment of Oscar Wilde and the anti-Semitism shown in the Dreyfus Affair in France could have been received in a remote and isolated location such as a small town in Nevada.
Each chapter is accompanied by a quotation from Oscar Wilde’s work. I am not usually a fan of poetry and themes used as headings, but the author has chosen them appropriately and very well.
The description of the setting succeeds effortlessly with just enough detail to make it easy for us to imagine we are there with the heroes, but without overloading us with description that gets in the way of the plot. The portrayal of the times seems also very authentic and the dialogue is also very realistic and flows easily.
The way the characters interact with each other is simply brilliantly done and gives the book a lively feeling. The story is much more complex and involved than the beginning and the book title seemed to imply to me – which made this an unpredictable and compulsice reading experience.
The book is an illustration of hate, intolerance and gossip in a small community and is kind and politically correct in its message. At a time when Gay Marriage proposals are being voted on all over the world and homophobia comes back into the spotlight of media attention this story is reminiscent of many of our current arguments.
At first I found it unbelievable and off-putting that some of the characters would – at that time in history – have the understanding and tolerance as the author attributes to them. Then I realised that the same ancient prejudiced views that haunt our Mildred in the book are still around in 2012.
The book is a great piece of work on human nature and I will be recommending it to my friends.
5 out of 5